One of the most applauded features of the iPhone 6s and iPhone 6s Plus was the introduction of Live Photos. Those with one of Apple’s latest flagship smartphones are able to capture an image that is essentially a short video clip with embedded audio. This can then be played back using 3D Touch on the device. The feature has been a huge hit, but compatibility for the feature between iOS and OS X has generally been pretty much non-existent; until now that is, thanks to the introduction of OS X 10.11.4 beta 1 which was recently seeded to developers.

Now – as pointed out by 9to5Mac – starting with OS X 10.11.4 beta 1, Apple has introduced the ability for Live Photos to be shared and viewed from within the native Messages app on the Mac. If you had previously attempted to share a Live Photo via Messages on a Mac, or if you had received one from someone else and tried to view it from within the app, then you would have noticed that the system refused to handle the dynamic nature of the content and “dumbed” it down into a flat, still image, just like any other photograph. Messages in OS X wasn’t capable of recognizing and playing back the video and audio content. 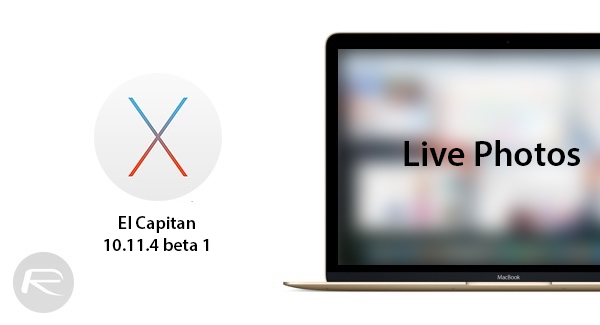 Originally you were able to view and interact with Live Photos captured on the iPhone 6s by importing and viewing the photo in the Photos app in OS X. For some use cases, such as simply importing your images from the device and wanting to view them occasionally, this was probably good enough. However, when considering the bigger picture, and the importance that Apple has placed on Live Photos, that level of integration simply didn’t seem good enough. 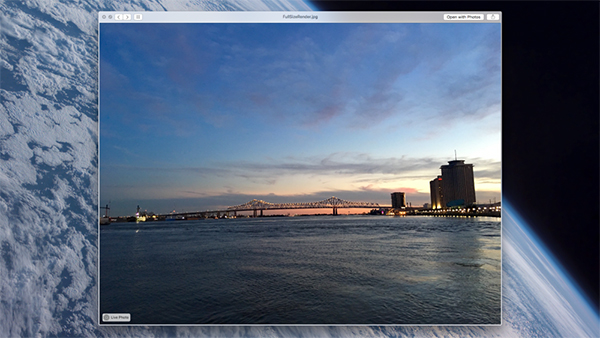 The existence of a Live Photo is now denoted by Apple’s Live Photo icon that appears in the top left hand corner. If you receive an iMessage now in the Messages app with this icon tagged onto the photograph then you know that it has some dynamic content to it. Users can then open the embedded image with Quick Look to see the Live Photo in action complete with video and sound. Dragging that image and saving it makes it into a flat image.

Live Photos is here to stay and will grow in functionality as Apple progresses iOS. For now, it’s nice to know that OS X is getting the same treatment to support the feature.