AppSync has been updated so that it can be used with the new iOS 4.1 firmware. For those of you who don’t know, AppSync patches MobileInstallation file on iOS which is needed in order to install .ipa files manually without using iTunes.

Keeping the current Jailbreaking scenario in mind, official tools for jailbreaking new iOS based devices on firmware iOS 4.1 aren’t available yet, but we have reports that the Jailbreak will be out soon for iPhone 4 running iOS 4.1, the new iPod touch 4G and the iPad. The devices which are jailbreakable at the moment running on iOS 4.1 are the iPod touch 2G (non MC model), iPhone 3GS (old bootrom) and the iPhone 3G. But when the jailbreak for iOS 4.1 is out for all devices, this guide will be applicable to other devices too.

Step 1: Start “Cydia” on your iPhone.

Step 2: Touch on “Manage” tab on the bottom.

Step 3: Now touch on “Sources” as seen in the screenshot below: 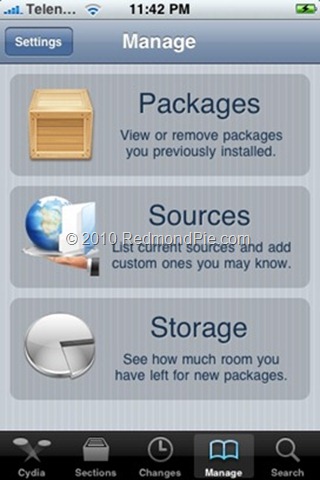 Step 4: Touch on “Edit”, and then on “Add”. You should now be prompted to enter a URL source as seen in the screenshot below. Type “http://cydia.hackulo.us” and click on“Add Source”. 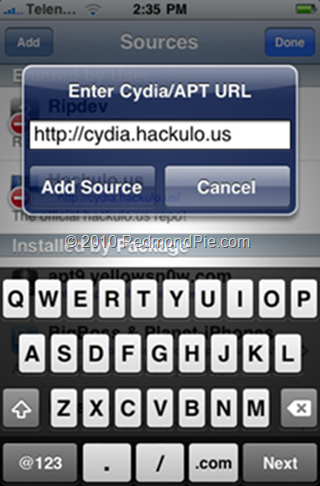 Step 5: After installation is completed. Search for “AppSync for OS 4.1” in Cydia and install this application. This app will automatically patch MobileInstallation file on your iPhone or iPod touch running firmware 4.1. 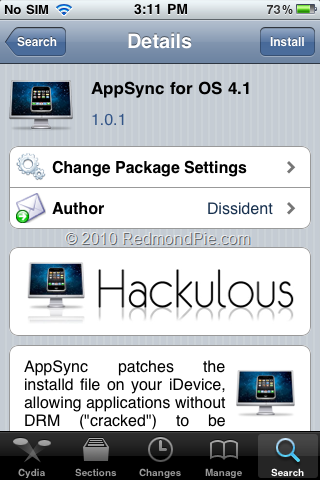 You should now be able to install .ipa files manually on your iPhone running firmware 4.1.

Disclaimer Note: We at RedmondPie.com don’t support or promote piracy in anyway. This article is purely for informational purposes only. If you like an app, then please support the developer by buying the app from the App Store.