It’s World Emoji Day and fresh off of sharing the news that over 70 new emoji would be coming to its platforms later this year, Apple has taken things a step further as part of the celebrations by updating its leadership webpage, replacing each person’s head shot with that of a Memoji.

While not strictly an emoji, Apple’s Memoji feature will be coming to iOS 12 later this year so long as you own an iPhone X or presumably any of the new iPhones that will be launched this September. 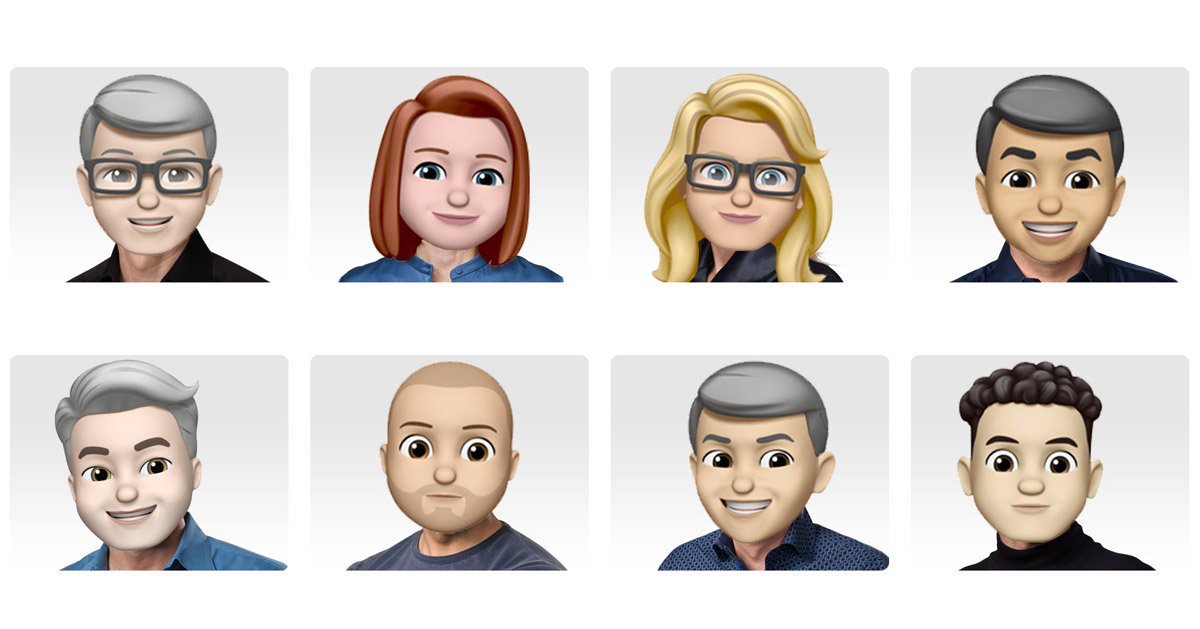 The feature allows users to create lifelike Memojis that resemble their own features, creating a cartoonified version of themselves.

The new Memojis are a natural progression of the Animoji feature that arrives last year with many people wishing that they could create animated emoji that look like themselves.

A new type of customizable Animoji is coming to iPhone X. Now you can easily create a Memoji to match your personality and mood. You can make as many alter egos as you want to use in Messages and FaceTime. 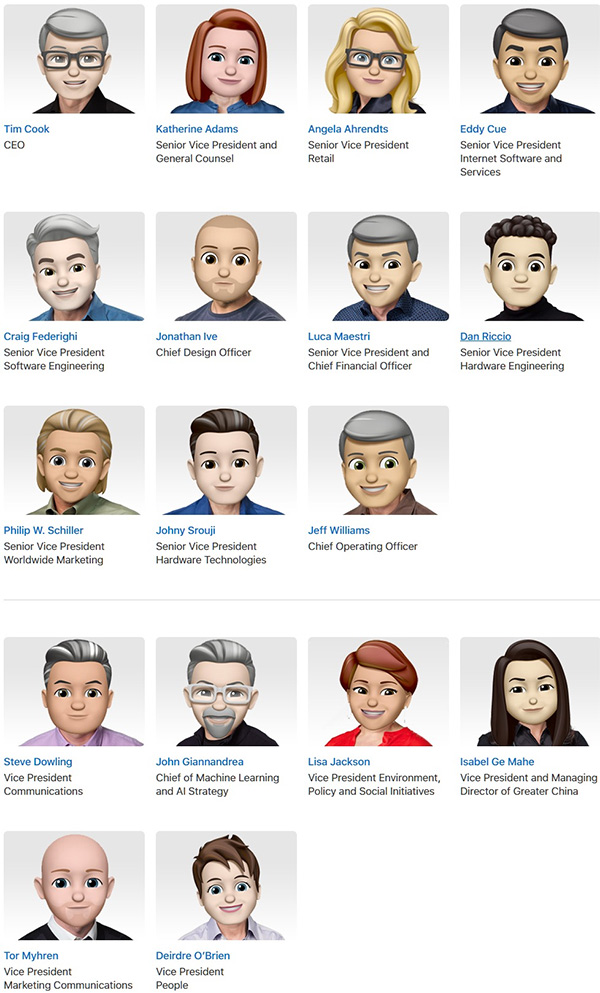 Apple’s leadership webpage was updated to show each and every member of the team in Memoji form, including CEO Tim Cook and design chief Jony Ive with some looking more accurate than others. While World Emoji Day was yesterday, the Memoji leadership page still remains today, although we somehow doubt that it will stay like this forever – although we kind of hope that it does!