Apple’s Latest 12.9-Inch iPad Pro Gets Its Biggest Discount Yet, Down By $200 Now

Apple’s iPad Pro is the hottest ticket in town, even more than six months after its release. There’s a reason it’s so popular, and you can find out for yourself right now by taking advantage of a great deal over on Amazon.

For some reason Amazon is happily selling the 12.9-inch iPad Pro in 64GB configuration for just $824. That’s a saving on the usual $1000 asking price and makes this one of the best deals we’ve seen in a while.

This awesome deal is only available on the Silver color, but if you really want the Space Gray option you can still save some cash.

No matter which of these two colors you go for you can enjoy all that the iPad Pro has to offer. That includes support for the new second generation Apple Pencil, a new Liquid Retina display with Promotion, True Tone, and wide color, and more. The A12X Bionic chip that beats at the heart of this tablet is second to none, and it’s going to be put to great use soon, too.

That’s because Apple will be releasing iPadOS 13 this September, with the true power of the iPad and its touch-based interface set to be unlocked for the first time. If you’ve been on the fence about picking up an iPad Pro, now is definitely the time to get off it. 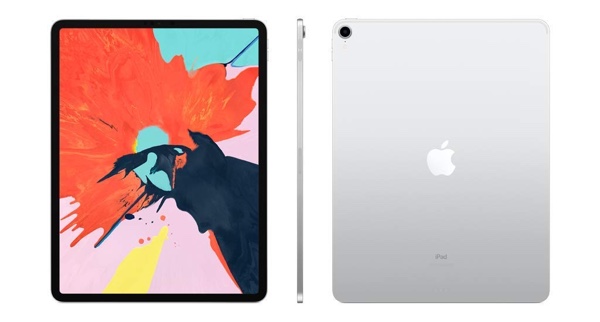 If you’re looking to spend slightly more, you have the 1TB model available as well, with a hefty discount of $220, though as you must’ve guessed, it still is exorbitantly pricey at over $1,500.

This deal is so good we’re thinking of upgrading from our much loved 11-inch!