It’s been rumored for months, and now it’s official – Apple will will hold a media event on March 25th, at 10:00am local time at the Steve Jobs Theater at its Cupertino campus.

The event is one that has been expected, but it’s now all official. 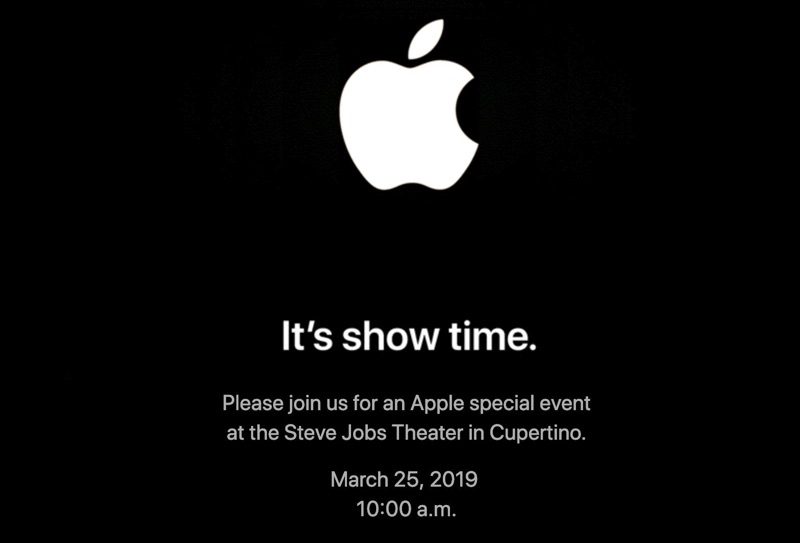 As always, Apple isn’t explicitly saying what we can expect to happen at the event, but expectations are that we will see Apple take the wraps off of its new media services. Those are expected to include its new Apple News Magazines service, as well as it’s subscription video service. The latter has been in the works for a long time, possibly years, and the former will be the fruit of a purchase of the digital magazine subscription service previously known as Texture.

Apple’s event invitations suggest that entertainment is part of the announcement, with the headline of “It’s show time” surely highlighting that we will see some form of movie and TV streaming service.

Alongisde the services that are being announced it’s likely that we will also hear more about iOS 12.2, the update that will bring with it support for HomeKit-compatible TVs. That support has been part of the iOS 12.2 betas that have been released in recent weeks, so it looks set to be a big event for entertainment as a whole.

We’ll no doubt start to hear more as we get closer to the event, but we don’t expect new hardware to be announced. That’s a shame, but we’re sure keen to see what Apple has been working on with regard to its new services.