It was way back with the iPhone 5 in 2012 that Apple introduced the smaller, reversible (although still proprietary) Lightning cable, which signaled the end of the 30-pin connector. Of course, many still did, and still do use devices rocking the old 30-pin socket, which is why Apple’s World Travel Adapter Kit has hitherto included a 30-pin cable. Recognizing that after two-and-a-half years, many folks are now running on Lightning, the pack has been relieved of the 30-pin cable, and notably, now arrives at a cheaper cost.

It’s quite a decent saving, as well. The World Travel Adapter Kit will now set you back $29 as opposed to $39, and while those in ownership of products like the iPad 2 / 3 or iPhone 4s may lament this decision, it makes a great deal of sense since many 30-pin cables shipped in the bundle will have gone to waste. 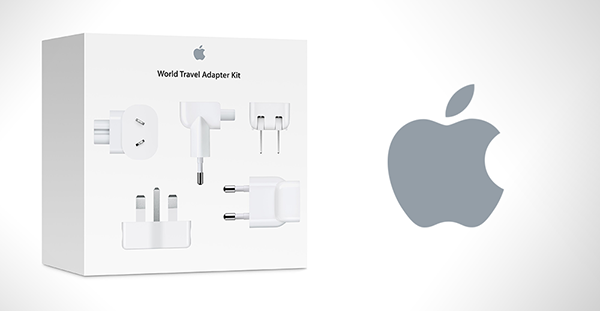 Removing the 30-pin connector is a wise move, and just means that those with older devices may have to purchase separately. Since it’s still $19 over at the online Apple Store, it makes the World Travel Adapter Kit quite an expensive gig for those using an iPad 3 or earlier, iPhone 4s or earlier, or the iPod touch-4th gen and earlier. 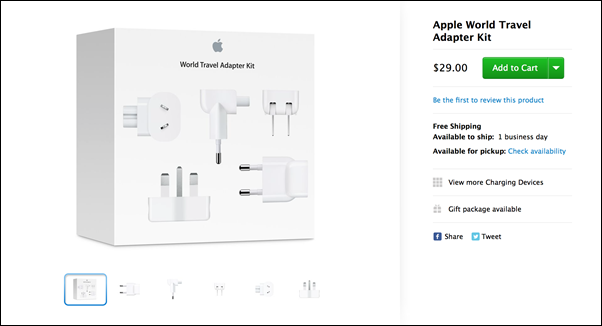 Even though $29 isn’t a particularly high cost for official charging adapters, it’s still considerably more than those cheap knock-offs you can find through Amazon, eBay and goodness knows where else. Despite the enticing prices, we’d strongly advise any mobile user to refrain from buying them, for many fake charging products and batteries have been known to cause device damage, fires, and other largely unpleasant events that could have been spared for the sake of a few measly bucks.

If interested, you can snap up the new World Travel Adapter Kit right now from the online Apple Store, or at most brick-and-mortar outlets across the world.

Also be sure to leave your thoughts with us on this small change in the comments section below.