A user at the apfeltalk forums from Germany had ordered an iPhone 3G from Apple and that was what exactly he was expecting to be shipped. To his surprise, the handset received was indeed a iPhone 3G 8 GB but the packaging in which it was contained indicated something else. Interestingly, it was marked with iPhone 3GS 8GB label, instead of iPhone 3G. As we all know, iPhone 3GS is only available in 16GB and 32GB versions and not 8GB. So either the box tag had typographical error, or Apple might have mixed up its new packaging with the old stock. 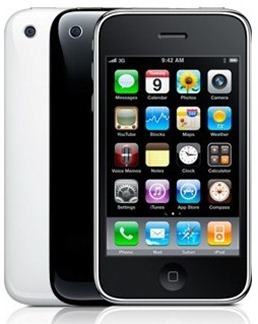 In any case, this has created a big confusion on whether Apple is about to unveil an iPhone 3GS 8GB model at the upcoming January 26th event or not. It is possible that this move could be intentional to promote this new product before its launch. But what is the whole idea behind coming down in memory whereas Apple traditionally had always been doubling it each year. One possible reason may be the release of the upcoming Google Nexus One phone, and if Apple can come up with a reduced priced iPhone 3GS, it may leave its competitors in market far behind. We’ll have to wait till January 26th to see if this is indeed true or not. [via iHackintosh]