Another batch of iPhone apps are, apparently, about to get the axe. Reports are popping up around the net, that "cookie cutter" type apps are starting to be pulled from the App Store. This would include RSS apps, and photo gallery type apps. Any app that just packages an online service, and doesn’t offer any other functionality. 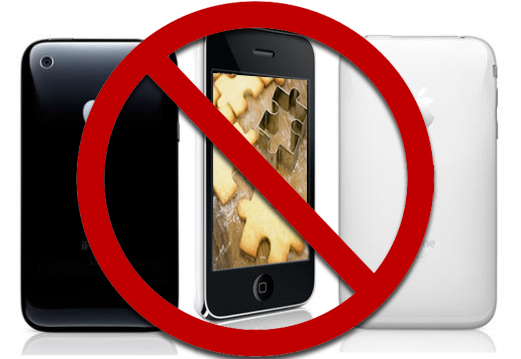 It was just a while ago the Apple was bragging about 100K apps in the App Store, but the past few weeks seem to contradict that, with all the cuts. First we heard about the so called "explicit" apps being pulled, then WiFi stumbling apps were purged, and now the "cookie cutter" apps are starting to go.

Personally, I’m looking at this as a good thing. Not good for developers, but good for consumers. Sure there are a lot of apps to choose from, but so many of them are just the same as another app, that is the same as something else. As a consumer, I would love to see less "crap" and more useful, functional applications. As a budding developer, I can definitely see the other point of view, but I think this could push developers to be more thoughtful and work a little harder on their end product.

So, you may be asking, "What the heck is a cookie cutter app?". Basically, it is any app that just creates a new user interface for a service that is already available in another form. RSS apps are notorious for this. An RSS feed is pretty much the same, no matter what kind of "packaging" you put it in.