Apple Rolls Out iTunes Pass In US, Canada, UK, Australia And Other Countries

Apple customers in the United States, Canada, Australia, United Kingdom and a whole host of other European countries are now able to utilize a handy new feature to add monetary credit to their iTunes accounts. After silently rolling the iTunes Pass feature out in Japan, Apple has continued on the path of giving by making the feature available to those in the US and Canada, with a number of additional countries also confirmed to be in on the action, including Germany. The feature allows consumers to adds funds to an iTunes account using Passbook, rather than having to purchase an iTunes Gift Card to redeem.

Apple has chosen to not make a particularly large song and dance about the iTunes Pass rollout. The official United States iTunes Gift website does provide a little additional information about the new feature, but it doesn’t go as far as actually supplying an exhaustive list of countries who are able to get in on the action, although it does say that Brazil, China and Turkey residents cannot currently use this feature. The Gift page also gives a overview of the feature and what it will allow consumers to do. 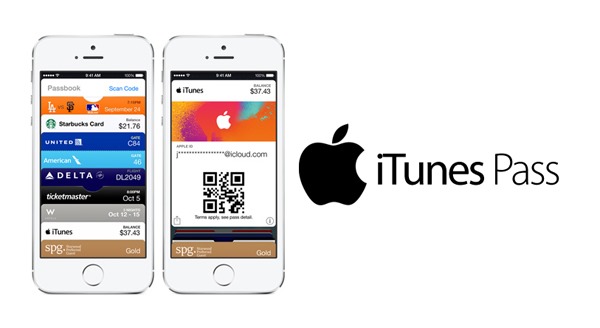 The great thing about iTunes Pass is the seamless integration with Apple’s native Passbook app that ships on all modern iOS devices. The new feature will allow users to seamlessly add money to an existing iTunes account via an Apple Retail Store, which in turn allows items on iTunes, the App Store and iBooks Store to be purchased more easily. Anything that allows customers to spend more money in Apple’s various digital outlets can only be a good thing for the Cupertino company. If you’re curious as to how iTunes Pass will actual work, Apple has provided a fairly comprehensive overview of the service:

Now you can add money directly to your iTunes or App Store account with iTunes Pass. To get iTunes Pass, go to the iTunes Store on your iOS device, scroll down, and tap the Redeem button. Then go in to any Apple Retail Store and let a Specialist know you want to add credit to your account. Open iTunes Pass in Passbook, and have the Specialist scan it and accept your payment. Your balance will be updated and can be used immediately.

Passbook may have been around since 2012, but it looks like Apple is finally starting to take it seriously with this attempt to get more users interacting with the app.