The rumors and speculation surrounding the potential design and development of an actual Apple branded high-definition TV set don’t seem to be going away, with additional fuel being added to the fire this morning, with The Wall Street Journal reporting that Apple have been testing a number of different physical designs that could ultimately be used to produce their first HDTV. We’ve been hearing murmurings over the last 12 months which never really went away about a potential TV set from Apple, but the speculation seems to be gathering pace at an accelerated rate recently.

The latest reports are citing sources that exist within Apple’s supply chains, and are suggesting that the company has been working with Sharp to put into place a number of possible physical designs which may, or, may not form the basis of the final project when it actually makes it to the market. It does also look likely that Apple could be intent on relying on an external partner like Japan based Sharp, who has the experience in the TV set industry to actually put their visions into practice and build the set on their behalf.

Excitement levels have definitely risen in the last week or so when Tim Cook used a television interview appearance on NBC to claim that the living room is an “area of intense interest” for his company, but it also seems that a release may not be coming any time soon, with the same sources stipulating that Apple’s TV set “isn’t a formal project yet” and that the idea is “still in the early stage of testing“. Still, early testing is better than nothing, but it would be nice to see some tangible evidence that this project actually exists rather than relying on information from faceless sources. 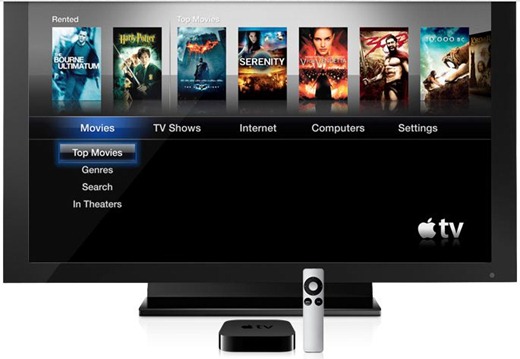 Those who are delighted with Apple adding to their product portfolio by releasing a high-definition TV set can potentially start to get a little excited, as speculation is definitely intensifying. However, there is still confusion surrounding what Apple could actually release and whether or not it will be an HDTV as we currently know it, or if they could go a few steps further and release a TV that features cloud-based functionality with Siri built right in. As it stands at the minute, everything is centered solely around speculation so here’s hoping we get some tangible evidence soon.