Apple’s current CEO Tim Cook may have only been sitting at the top of the corporate food chain for little over 12 months, but it’s evident that he has taken to running the world’s most valuable company like a duck on water. After taking over the reigns from the late Steve Jobs in August of 2011, Cook had to have a strong resolve and leadership mentality to guide Apple through a number of challenging incidents, legal battles and internal restructuring, all of which he has discussed in his first official television interview that aired on NBC’s Rock Center last night.

The next few weeks is undoubtedly one of the busiest times of the year for Apple as we approach the climax of the holiday shopping season, that more often than not, sees tech savvy consumers snapping up gadgets like the iPhone, iPod touch, iPad and the Apple TV, but Brian Williams of NBC focused on the larger picture and put Tim Cook under the microscope in an attempt to get some insight on not only how Apple have dealt with some of the challenges they have faced over the last year, but also what the company has planned for the future in terms of products and how they plan to stay relevant. 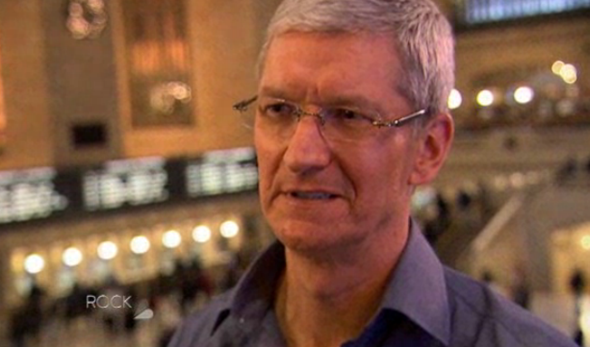 When asked about his company’s new mapping system for iOS and the controversy surrounding the app when it was first launched, Cook openly admitted that they had “screwed up” but would be using all of the resources at their disposal to ensure that things were put right for the customers that they value so highly. He also spoke briefly about his predecessor Steve Jobs and elaborated on how the iconic Apple co-founder had taught him to look beyond the easy solution and always strive to “just do what’s right”. The recent internal restructuring proves that the right thing to do isn’t always the easiest. 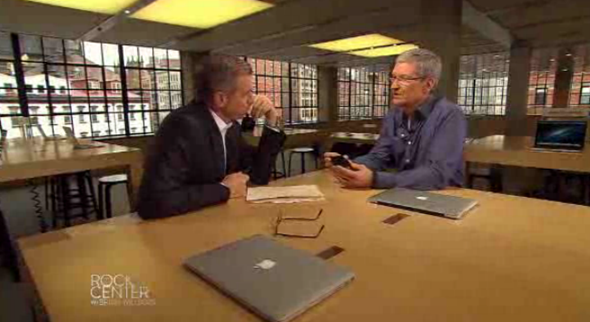 No up close and personal interview of this nature would be complete without broaching the Apple vs. Samsung topic, and while Cook clearly didn’t want to get himself into a position where he was openly bad mouthing their rivals, he did go as far as to say that Apple “love competition” but they just prefer that competition to “invent their own stuff”. The interview is a must watch for any technology fan who wants to get an insight into not only Apple but also the personality behind the man who is currently the world’s highest paid CEO.