Apple has a new USB-C Diagnostic Tool that will replace the existing Serial Number Reader, according to a new report. It can be used to collect a device’s serial number directly from its logic board.

A similar version of the tool was already available to Apple technicians who needed to get information from a device, but it only supported Apple’s own Lightning connector. 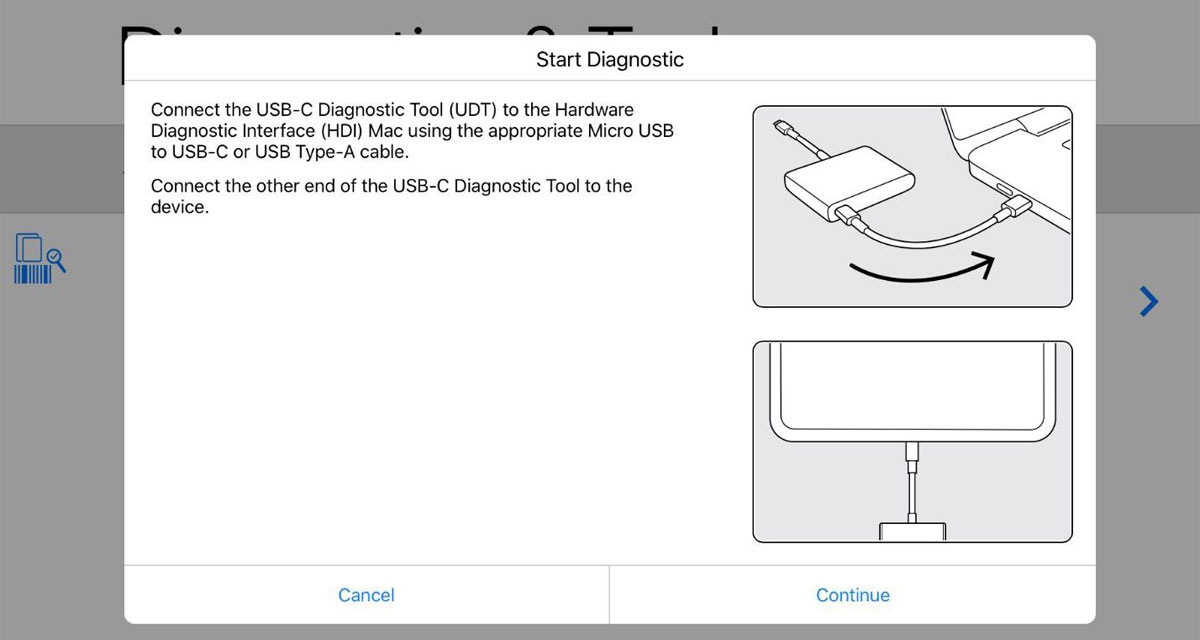 The new device has a USB-C connector and can be used on Apple’s iPad Pro tablets.

The tool appears to act as a dongle that connects to a Mac at one end and then to an iPad Pro at the other, allowing for diagnostics to be completed and information ready by an accompanying Mac app. It’s also possible that the same tool could be used by any future Apple devices that ship with a USB-C port on them, although that isn’t expected to include the iPhone this year.

Apple is introducing a new probe to its family. We are talking about the SNR successor.

Let me introduce you UDT (USB-C Diagnostic Tool), probably some of you know it already as ChimpSWD. #AppleInternal pic.twitter.com/y2WzdMFTLA

The tool will likely be available to those working in an Apple Store as well as authorized service providers.