Whenever Apple releases a new product there tends to be a subset of people who have issues. A small percentage, usually. But when you sell millions of anything, small percentages add up.

That’s often the case with iPhone launches and a number of people are currently complaining of iPhone 12 screen issues, ranging from a green tint to displays that flicker.

The good news is that Apple seems to be aware of the issue and is already investigating to see what’s the matter. According to a MacRumors report, an internal document has already been sent to Apple Authorized Service Providers outlining the issue.

In the document, shared with Apple Authorized Service Providers this week, Apple says that it is aware of customer reports related to this issue and is investigating. Apple has advised technicians to avoid servicing affected iPhones, at least for now, and instead inform customers that they should keep their iPhone up to date with the latest iOS version. This guidance suggests that Apple may be confident that it can fix the issue in a future software update.

This, of course, isn’t the first time a new iPhone launch has been blighted by issues like this. 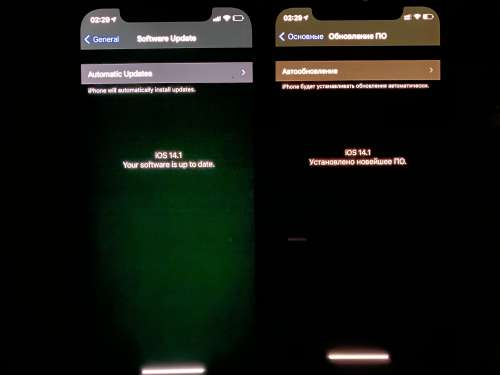 We saw last year’s iPhone 11 launch have similar screen issues that were fixed in an iOS update, while yellowing is also fairly common on new devices while the glue that holds the screens together settles down. That doesn’t seem to be the issue here, however.

All eyes will not be on Apple to see what the fix is this time around. If indeed one is available.