Apple has quietly refreshed the Powerbeats2 wireless earphones that it became the custodian of once the acquisition of Beats was completed.

Apple’s WWDC opening keynote understandably had plenty of attention on it thanks to the announcement of iOS 9, OS X 10.11 and watchOS 2, not to mention the Apple Music service that had been rumored ever since the acquisition of Beats Music and Beats Electronics for $3 billion. As you might expect, it was those announcements that got all the attention, but Apple managed to sneak one product update out without any fanfare. That update is to the Powerbeats2 in-ear earphones that originally launched in June last year, around the same time that the aforemetnioned acquisition was underway.

As they still dubbed Powerbeats2 and still priced $199 using the same bluetooth wireless technology, the new earphones are essentially identical to the ones launched last year, but with one big difference – the colors on offer. Starting this past Monday, Powerbeats2 wireless earphones will now come in new black, blue, white, green and pink in addition to the original four colors in which it is still available in. If those colors sound familiar, it’s because they’re the exact same colors the Apple Watch Sport bands come in. Everyone loves a spot of accessorising, do they not? 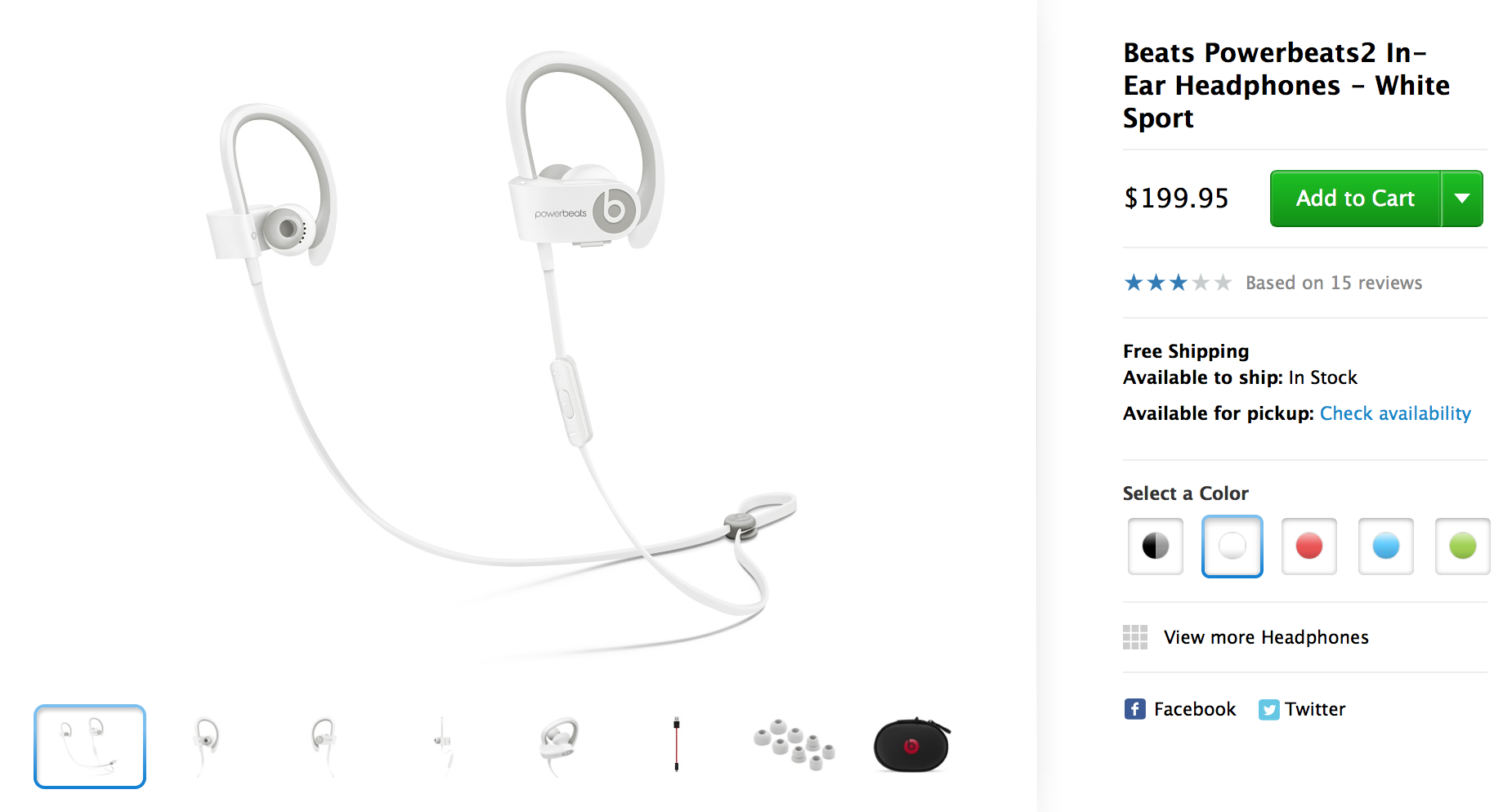 Of course, we’d like to think that there is more to a pair of earphones than the colors that they come in, but with Powerbeats2 that may not be the case. With reviews that don’t quite hit the spot for audio fans, the Beats brand of ear and headphones are known for being more of a fashion accessory than high-end audio equipment and that jives well with the new colors now avaialble. Apple is giving these new earphones pride of place in their retail stores, so it’s clear it wants to shift as many as possible. 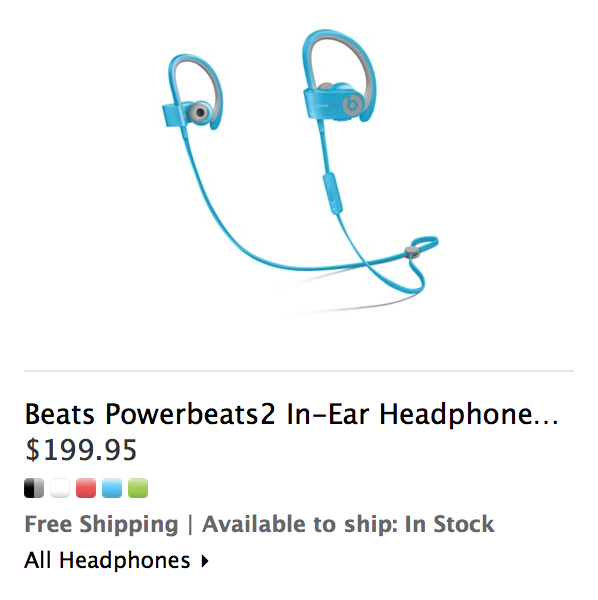 So if you have a Apple Watch Sport and want a matching color bluetooth earphone for gym, Apple and Beats now have you covered with these new Powerbeats2 wireless.