Apple has today published three new promo videos to YouTube for iBooks exclusive and enhanced versions of titles from George R.R. Martin’s hugely popular “A Song of Ice and Fire” series of books.

Each of the three videos included the author speaking about the books, beginning with the hugely popular A Game of Thrones. Martin’s initial book has been adapted for television, resulting in a phenomenon on HBO, the likes of which few may have expected. 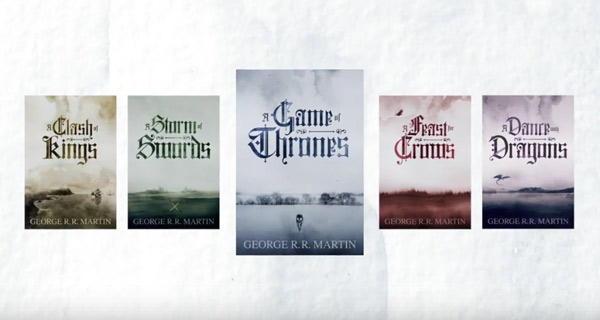 While the comments from Martin are obviously interesting to those who are fans of his work, perhaps some of the more intriguing parts of the videos are those which include artwork of characters and scenes within the books themselves.

Martin also speaks of the first scene of the series that he wrote, which included the now familiar direwolf pups, owned by the Stark family and heavily utilized throughout the stories. At over two minutes and thirty seconds the video is considerably longer than the second and third which weigh in at a much more TV spot-friendly 30 seconds apiece, though that shouldn’t be used as an indication of their quality.

Fans of the incredible series, or Martin in general, will enjoy all three videos regardless of their running time.

The Enhanced Editions of the three books, “A Game of Thrones,” “A Clash of Kings,” “A Storm of Swords,” “A Feast for Crows”, and “A Dance of Dragons” can be bought from Apple’s digital iBooks Store for prices ranging from $8.99 to $11.99. The ‘enhanced’ element includes annotations, family trees of the characters involved, glossaries of terms used within the books, interactive maps, and more. Let’s be honest with ourselves, keeping track of all the characters and their story line is an effort itself.

Exclusives such as the Martin series are exactly what iBooks needs in order to differentiate itself from Amazon’s Kindle, and exclusives don’t come much bigger than anything with George R.R. Martin’s name on. Check out all three promo videos embedded below.

A Game of Thrones: Enhanced Edition

A Clash of Kings: Enhanced Edition

A Storm of Swords: Enhanced Edition