Rumors of Apple working on a new 3D interface for the iPhone and iPad just will not go away. It has been a regular rumor ever since the original iPhone was introduced, and has been supported by more than a few patent applications ever since. 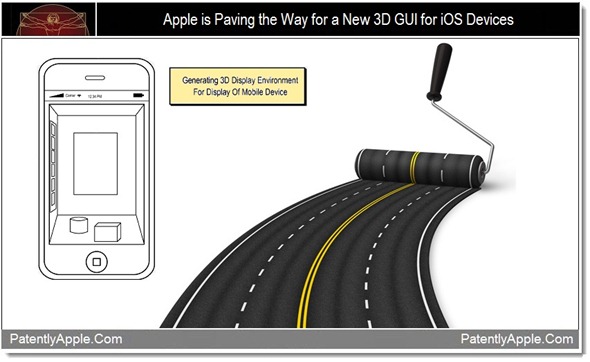 Now a new patent application has been discovered by those eagle-eyed people over at Patently Apple.

The new patent would allow for a fully 3D user interface, allowing Apple and its software engineers all kinds of new possibilities. Imagine icons floating around the screen, popping out at you and such like. Sounds awesome, right? Well, not really, but we have never really been fans of the 3D we’ve used, especially on portable devices. We’ll throw the Nintendo 3DS into that bag, too. 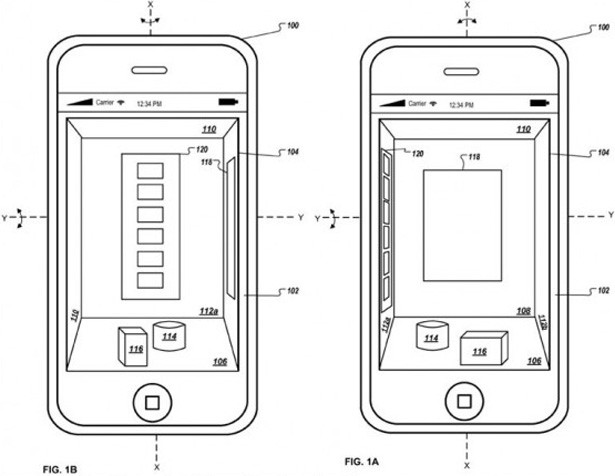 The other part of the patent allows for the device to recognize gestures made by a hand floating above the device, meaning menus, buttons and icons could be activated without ever needing to touch the device’s screen. While Apple’s oleo-phobic screens are much better than they used to be, anything that stops getting finger grease and grime on our iPhones gets a big thumbs-up from us!

Of course, as is always the case with these patent applications by Apple, there is no guarantee whatsoever that any of this technology will ever find its way into a real, shipping iPhone, iPad or iPod touch. Companies apply for patents all the time, especially Apple, with the vast majority never making their way into a final, shipping product. We’re inclined to put this in that category, but as we’ve learned plenty of times in the past, you can never say never in this business.

If Apple were to use 3D in an iPhone, it wouldn’t be the first time a smartphone has been given the gift of an extra dimension. Some Android-powered handsets have used 3D in the past, with varying degrees of success, but we’re more inclined towards the fact that the overall success wasn’t that much of success at all. Whether Apple would want to throw its hat into a ring that isn’t quite ready yet, we’re not really sure. We all know how Apple likes technology to be at its peak before it jumps in.

The original iPhone didn’t even have 3G, remember!