Apple has launched new online stores today in four countries across the world as it prepares for what will undoubtedly be a very busy October. 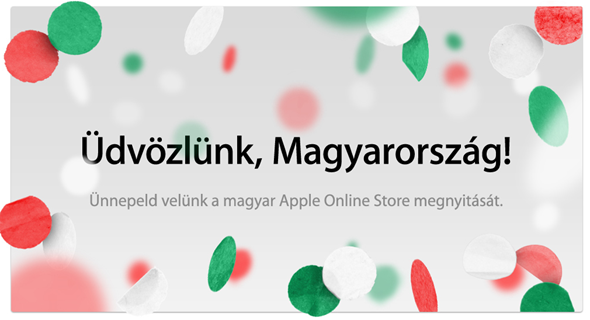 With a whole host of  new products on the horizon, notably iOS 5, iCloud – and not one – but two new iPhone devices, Apple is really stepping its game up in order to end the year with a bang. Consumers residing in European nations Hungary, Czech Republic and Poland, as well as those in the United Arab Emirates, will now be met with warm welcoming banner and can, as of today, order products from the Apple’s extensive range of consumer electronics. The recent expansion means that a total of 37 countries across the globe can now connect, shop, preview (and wish for) items on the Cupertino company’s roster.

Although it’s not as if iPhone launches of the previous few years haven’t created a buzz or been hugely successful, it does seem that this particular launch will be the biggest one yet. 15 iPhoneless months since the launch of the critically-acclaimed iPhone 4 has only increased the amount of interest from general consumers and techies alike.

Indications have suggested that Apple, which recently appointed former COO Tim Cook to replace Steve Jobs at the company’s helm, is not only looking to go ‘all out’ this time around, but also has the measures in place to cope with the huge demand set to be bestowed upon it. Foxconn, the company’s foremost iDevice manufacturer, is said to be working tirelessly in producing nearly a million iPhones a week, while it has also come to light that Apple will partner a couple more of the major Chinese carriers, each with hundreds of millions of subscribers, so it will be interesting to see just how prolific this years’ strain of iPhone fever ends up being.

Whilst the iPhone has been fairly dominant in terms of individual sales and customer satisfaction, Google’s Android OS continues to dominate the market in terms of number of devices running variations of it. It would be more than a tad naive to state that Apple, which will also be bringing a cheaper, entry level smartphone to the market, will necessarily surpass its arch nemesis in that key category. However the larger potential consumer base being planted in China could see apples popping up in their millions throughout the world’s most populated nation, and with a more competitively priced alternative to the iPhone 5 on the table, cost will no longer be a limitation.

Can you see Tim Cook’s army dominating on all fronts? Leave your thoughts on our Facebook fanpage!