Apple Is America’s Favorite Brand For Smartphone, Tablet And Computer

In a poll of 38,500 Americans, Apple has fought off competition from some of tech’s biggest names to hold the crown as favorite brand in the categories of smartphone, tablet and computer, which will certainly serve as a kick in the teeth to rivals. Tim Cook’s company has long since been the favorite when it comes to computers, but with the iPad and iPhone seeing off the likes of Google and Samsung, it appears America just cannot get enough of the company’s famed gadgets.

Apple is among the world’s most valuable companies, and as we recently learned from its quarterly earnings call, its flagship products are continuing to sell very strongly indeed. But it’s not just sales in which the Cupertino outfit tends to flourish; on many occasions, we’ve seen just how popular Apple is with consumers thanks to the numerous customer satisfaction polls, which the company always, always seems to win.

This survey by Harris Interactive seems relatively thorough, taking into account the number of Americans polled, and although Google, Samsung, and Amazon were naturally oft-mentioned by many a consumer, the almighty brand that is Apple just could not be stopped.

Although the recent earnings call was impressive by anybody’s standards, the sales figures still fell below expectations, and while this will serve as a disappointment to shareholders and execs alike, this poll suggests the consumer market is on-side.

In the computer stakes, Hewlett-Packard was adjudged to be the second most popular brand, with Dell and Sony trailing in third and fourth respectively.

The Apple iPad, which is rightly credited with forging the tablet market in the first place, remains the most popular, with Amazon’s Kindle Fire following in second place. The Google Nexus tablet series, which just this week saw a new entry with the refreshed Nexus 7, came in third place, while Samsung Galaxy and HP Slate series tablets rounded off the top five.

The iPhone was deemed the favored brand of smartphone, yet while Samsung is one of the stronger seller, HTC managed to sneak second place from its South Korean rival. The introduction of the beautiful HTC One certainly wouldn’t have harmed its cause, and although there’s still work to be done by the once "quietly brilliant" company, things look to be on the up. 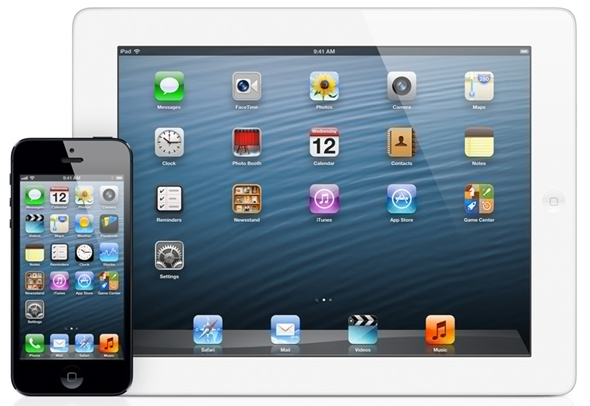 So, there you have it. Apple makes the best computers, tablets and smartphones; at least, according to a large sample of Americans. Do you agree? Share your thoughts and comments below!

The study was conducted by Harris Interactive.