With Apple announcing that its first 2019 quarter will see a reduced revenue compared to previous expectations, you might be forgiven for thinking that the end of the world is nigh over in Cupertino, but Apple CEO Tim Cook is keen to make sure that we, and indeed Apple employees, are looking on the bright side.

The CEO has sent a note to employees adding color to the revenue announcement, declaring that iPhone activations set a new record on Christmas Day, with Apple also confirming that New Year’s Day also saw a single-day App Store record set, too.

Starting out with iPhone activations, Cook said that this past Christmas Day saw the most iPhone activations ever in the United States and Canada, further helping the narrative that Chinese sales are the biggest reason for Apple’s lower-than-expected iPhone sales as a whole. However, we’re not sure that a single day activation record really papers over the cracks in iPhone upgrades, but that won’t stop Apple from trying to spin things.

“The App Store had a record-breaking holiday week and New Year’s Day. The holiday week was our biggest week ever with more than $1.22 billion spent on apps and games, and New Year’s Day set a new single-day record at more than $322 million,” said Phil Schiller, Apple’s senior vice president of Worldwide Marketing. “Thanks to the inspiring work of our talented developers and the support of our incredible customers around the world, the App Store finished off an outstanding 2018 and kicked off 2019 with a bang.”

Gaming and self-care were apparently the biggest downloads during the holiday period, with both Fortnite and PUBG predictably doing well. 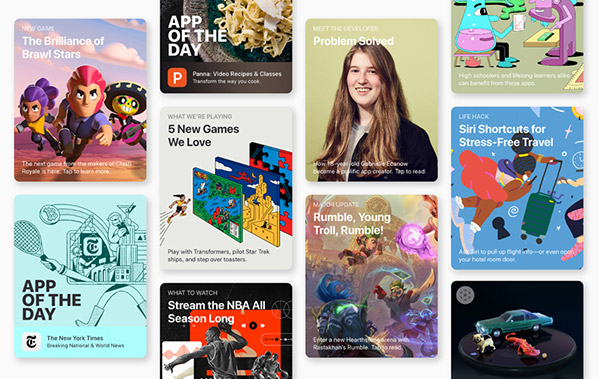