Apple has taken the decision to rename one of its iPad models in the face of criticism from a collection of countries, over the way the ‘WiFi + 4G’ iPad was named.

After its release earlier this year, the new iPad was the subject of much fire in both the UK and Australia, along with other countries where 4G LTE is not yet widely available, if at all. The branding of an iPad with the 4G name had led to confusion for many, and some had claimed that Apple was deliberately trying to make potential customers believe that the new iPad could take advantage of cellular technology that simply was not available yet. 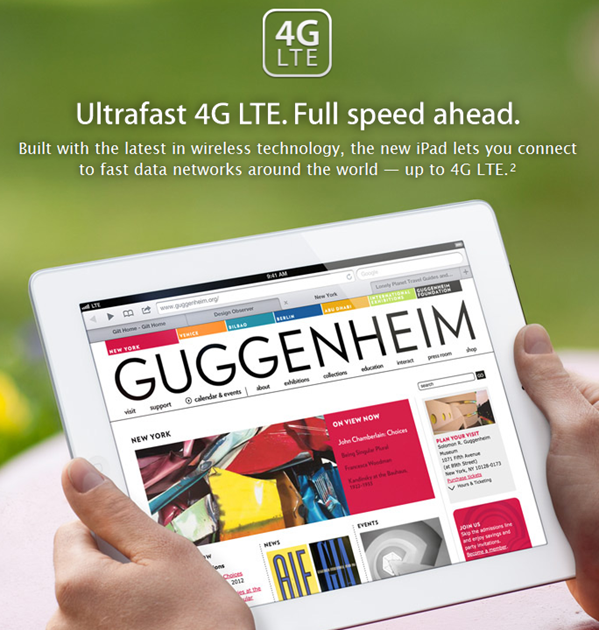 After initially sticking up for itself, Apple has now decided to rename the affected model, choosing to call it the iPad ‘WiFi + Cellular,’ rather than revert to the 3G moniker of previous iPads.

The change has not taken place across all of Apple’s online stores as yet, but those in the United States, UK and Australia are currently reflecting the new name.

While some countries do not offer 4G connectivity at all, others do feature a 4G technology of some sort, although it is not compatible with the radio used in Apple’s new iPad. 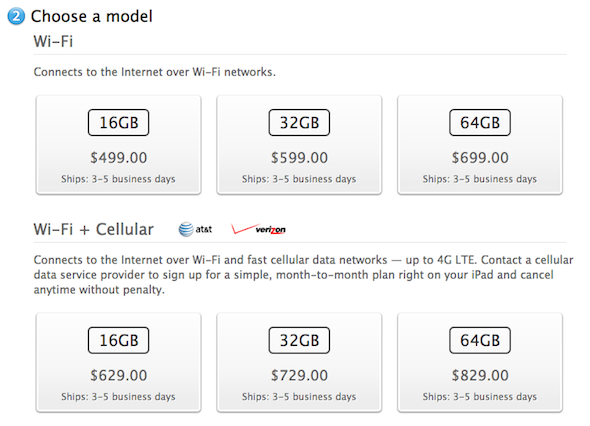 Apple previously simply had a disclaimer on its online stores which stated that the 4G iPad may not work with certain 4G technology. The Australian store for example read:

This product supports very fast cellular networks. It is not compatible with current Australian 4G LTE networks and WiMAX networks. For service from a wireless carrier, sign up for a simple, month-by-month plan on your iPad and cancel anytime without penalty.

The change of name represents something of a climb down for Apple, with the firm admitting that the name is indeed misleading. The question now remains as to why Apple believed that the 4G name was ever a good idea in the first place. With many industry commentators suggesting that the iPad WiFi + 4G name could potentially cause issues before its release, we have to wonder why Apple forged ahead regardless.

Either way, someone, somewhere in Cupertino probably has egg on their face right about now.