If you actually took the time to research into the various lawsuits that are filed against companies in the mobile and technology industry, I think you might actually be surprised at the frequent they crop up, and the big names involved. Companies which on the face of things seem to have a mutually beneficial working relationship, have probably at some point been involved in a bitter legal dispute for one reason or another. 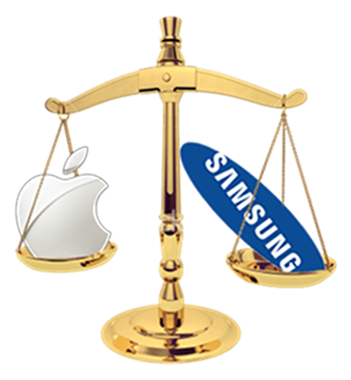 With the phenomenal rise of Apple in the last ten years, the media’s lens and attention has been predominantly focused around the Cupertino company, which includes both the positive aspects of new product releases and also the negative side of the business with the various patent disputes.

Nokia, Kodak, Motorola and Elan are just a number of companies which have filed suits against Apple in recent times for various reasons. However, the dispute which seems to be gaining the most media traction recently is the ongoing tit for tat between Apple and Samsung. In August 2011, a German court issued a preliminary injunction against Samsung, preventing them from selling the Galaxy Tab 10.1 in every European Union country, barring the Netherlands. In the following few weeks the injunction was then extended to include Germany and the Australian markets.

Disappointed with the decision, Samsung pursued a case against Apple with a court ordering the fruit company to reveal their iPhone 4S’ source code, with Samsung attempting to force a ban on the 4S device in Australia. The bitterness of that particular case is set to continue, with a judge postponing the trial on the allegations made by the Korean giant until March of this year. Apple have also recently had bad news in a separate patent infringement case against the Google bound Motorola Mobility with the ITC making a preliminary ruling stating their belief that Motorola have not infringed upon certain patented technologies held by Apple.

Not content with the bans of the Galaxy Tab devices, Apple have added fuel to the fire today by filing a an additional suit against Samsung which targets ten of the company’s smartphone models including the Galaxy S and S II. The case has its foundations upon design rights which are held by Apple in Europe, with an additional suit being filed against Samsung relating to five of their tablet models which is related to the EU ban mentioned above.

Towards the end of 2011, Apple went before an Australian court in attempt to have the Australian ban of the Galaxy Tablet continued, however, the litigation came to an end with the judge over-turning the initial decision. In the aftermath of the September 2011 lawsuits, Samsung have released a modified version of the Galaxy 10.1 tablet named the 10.1N, which a court in Dusseldorf have said it is unlikely to place a ban upon the sale of, leaving Apple considering their next move.

A source within the Korean company has confirmed that they have received both of the lawsuits and are planning their rebuttal strategy.