If you’re a regular follower of Redmond Pie or indeed technology news in general, you will probably have seen the constant bickering between Apple and Samsung during the course of 2011. 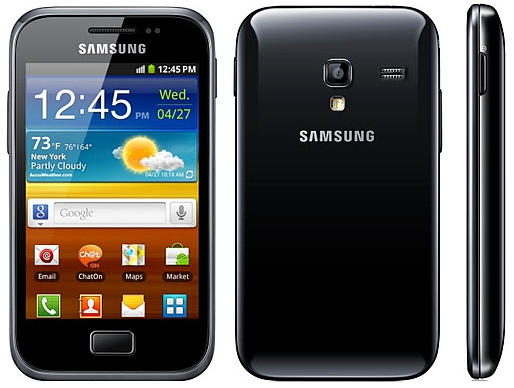 The two tech titans have been going back and forth for quite some time now, with the general theme being plagiarism of hardware and product designs. The pair did – once upon a time – enjoy a fairly warm relationship, with the Korean LCD specialist being the main producer of screens for the fruit company’s tablet offering – the iPad. Relations have soured though, and Apple has sought other avenues for its display-producing needs recently in its bid to distance itself from its friend-turned-foe.

Infographics have clearly shown just how much of an influence Apple has had on the smartphone and tablet markets since it launched the original iPhone in 2007. Like the old phrase preaches, “if you can’t beat ‘em, join ‘em”, and rivals have appeared to take that to heart – developing and retailing devices which bear all the common traits of Apple’s flagship iPhone and iPad range.

Some would see this as flattering, but when the bottom line is in danger of being affected, there’s seldom love lost. In the latest bulletin from the whole debacle, Samsung has announced its new entry-level offering – the Galaxy Ace Plus – which, to us, bears all the hallmarks of the iPhone 3G. Copying another device whilst paddling in De Nile is one thing, but to roll back the years and pull out a replica of a rivals’ old cast-off looks, quite simply, embarrassing: The iPhone 3GS, which looks exactly the same as it’s slower predecessor, is easily Apple’s best release to date. Not in terms of features of course, but the device was still reeling in new customers some two-and-a-half years after its initial release – right up until the iPhone 4S dropped in October of last year. Perhaps Samsung decided the tried and tested method would be better than, say, innovating?

What do you guys think – a shameless copycat, or a mere coincidence? Leave your thoughts via the usual mediums below – we’d love to hear them!

(via Cult Of Mac)