The introduction of iOS 5 in October 2011 not only brought an array of new features to iOS users and devices, but also brought a host of new APIs for developers to take advantage of. iOS 5 is the latest version of what is possibly the world’s most advanced mobile operating system which was launched with a full new software development kit with over 1,500 new APIs and development tools. 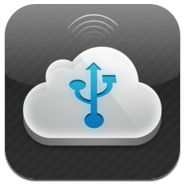 When the iOS 5 SDK was released, it provided developers with the opportunity to come up with innovative ways to take advantage of things like iCloud storage, Newsstand kit, Twitter and all new Game Center. Perhaps one of the more intriguing inclusions for developers is iCloud, which enables applications to store documents and key value data in the cloud. The main benefit being that the service automatically pushes data/content to all of the user’s devices and updates automatically.

Independent iPhone developer Chris Simpson is one of the registered members of the iPhone development program who has taken up the iCloud challenge, which takes the form of an iOS application by the name of ‘QuasiDisk’. Simpson is an accomplished developer from Maryland, who may be better known to some by his Twitter handle, @Apocolipse269. He has received recognition amongst the jailbreak community for his ‘3DBoard‘ and ‘RecognizeMe‘ tweaks on the Cydia store, which enhance the functionality of jailbroken devices.

QuasiDisk is available on the iTunes App Store in the utilities section for all iPhones and iPod touches capable of running iOS 5. The application is billed as a simple file manager and viewer allowing the user to use any files, photos or documents on the go. User’s files can be added to QuasiDisk over USB iTunes file sharing, WiFi over the integrated FTP server or by syncing files with an iPhone, iPod touch, iPad or Mac over the iCloud service. One of the main benefits of the QuasiDisk is not only its simplicity of use, but the fact that it is clean, fast and very user intuitive. 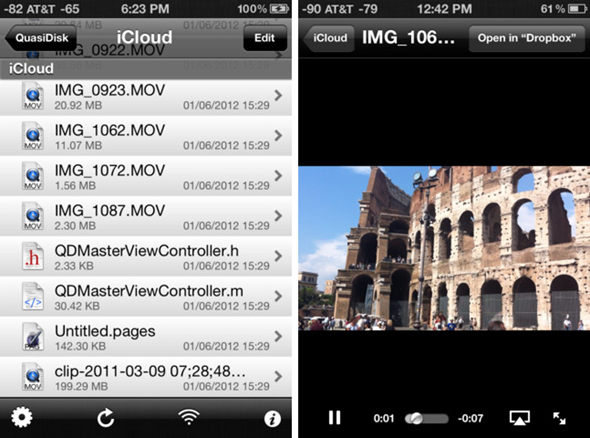 Whenever we talk about file managers and viewers, the first thing that springs to mind is the file types that it can handle. QuasiDisk boasts an impressive array of compatible file types, with the fall back in place to open via and third party application if the type is not supported. The supported types are:

As mentioned above, if the application doesn’t support a particular file type, the fall back is built in to allow external opening in another application that does support it.

One of the more appealing aspects of QuasiDisk is the simple, but native looking interface. Simplicity is often described as the ultimate sophistication, and with QuasiDisk; its simplicity is the main selling point. A very functional, well designed and well thought out application which becomes one of only a handful of applications which currently offer iCloud support.

For a modest price of just $1.99, its worth giving a shot and a great way to put iCloud to even better use.