We’ve been expecting Apple to temporarily move its Fifth Avenue store operations to pastures new ever since it was announced in 2015 that the company would revamp and renovate its iconic bricks-and-mortar outlet. We didn’t really have any official indication when that refurbishment would happen, but a new sign placed in front of the store has now confirmed that the work will start on the building this coming January 20th.

It’s unclear as to the extent of the works that will be undertaken in the property, but it’s likely that Apple will look to bring the outlet more in line with the latest design trends that it has been adopting for other new and iconic stores throughout the world. While the renovation work is happening, Apple will move operations literally across the road to the vacated FAO Schwarz toy store in the General Motors Building, as per the information on the sign. 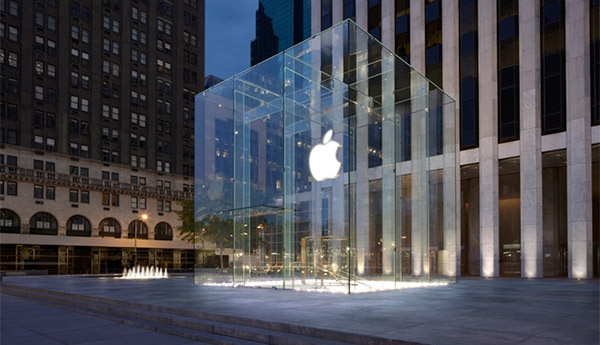 One of the great things about this temporary relocation is that it is literally located just a couple feet away from the familiar and reassuring high glass cube
that has been greeting Apple customers for a number. There’s no real upset or additional leg work required for those who make an impromptu visit to Apple Fifth Avenue only to find that it is no longer where it once was.

With Apple experiencing huge footfall in most of its worldwide stores, it would be a tragedy to actually force customers to look elsewhere as part of this renovation work. 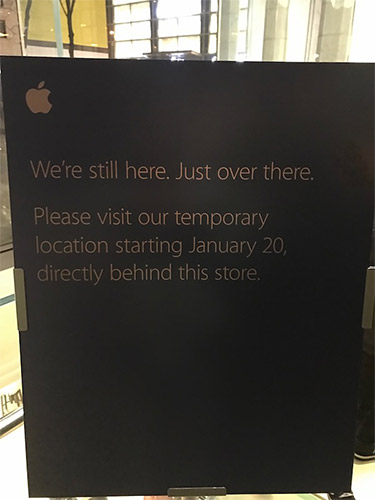 Apple has already been through a period of renovation with its Fifth Avenue store, albeit back in 2011 with the retrospective work finishing in November of that year. The Cupertino-based company hasn’t provided any official details on the work, nor is it likely to, but we can assume that the interior will be modernized in line with newer stores, and the building optimized to ensure that a greater level of footfall can be handled.