Apple’s long running spat with Samsung over just about everything they’ve ever sold had provided months of entertainment already. Both companies have sought sales bans in their quests to disrupt sales of new devices around the globe, and the spat shows no sign of coming to an end any time soon.

One US Judge is hoping to move things along though, with U.S. Magistrate Judge Joseph C. Spero requesting that both Apple’s CEO and his Samsung counterpart, partake in a little chat to discuss the current situation. 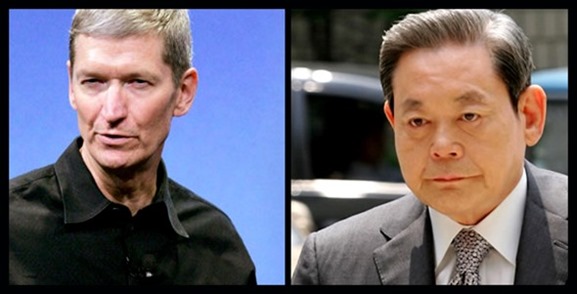 While a voluntary meeting, neither party really had much of a choice in the matter. Either side showing signs of not turning up would potentially be accused of being obstructive, and it certainly would not bode well for the ongoing legal battle that is continuing to wage between the two hardware giants.

Both Apple and Samsung have told that court:

Both parties will have their legal representatives present, so there is still set to be plenty of legalese going on, rather than a low level chat.

Apple CEO Tim Cook’s meeting with his Samsung counterpart is a far cry from co-founder Steve Jobs’ much repeated wish to wage war on the Android platform, but even with Apple’s huge war chest, even the company behind the iPhone and iPad cannot spend forever battling over patents. While it is no guarantee that any conclusion will be reached to the ongoing legal battles, any possibility of a real outcome to the situation should be grabbed with both hands. If we are growing tired of patent stories in the press, it is a fair bet that those working inside the two companies are also ready for the war to come to an end.

But we all know how legal battles and common sense don’t tend to go hand in hand.