With All Things D’s big conference currently going on, Tim Cook took to the stage to be quizzed by Walt Mossberg and Kara Swisher. Just as Steve Jobs had done on occasions before, Apple’s new CEO spoke candidly about a whole range of things, and videos are currently being added to the D10 Conference website showing the conversation in glorious Technicolor. 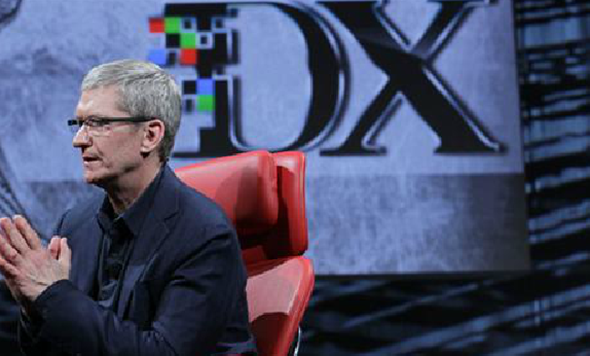 With such a range of topics being discussed, a couple that jumped out at us include the current situation with China and the way Foxconn is still in the news thanks to the way it runs its factories. With labor laws and the like being spoken about in the same breath as iPhones and iPads, Cook was asked why Apple uses Chinese factories to manufacture its hardware and, importantly, whether that work could be done in the United States in the future. Understandably, Tim Cook stopped short of making any promises that an American factory would be used to make Apple products any time soon, but the idea was not ruled out and the reason Foxconn is used at all is apparently down to Apple’s wish to focus on things that it believes nowhere else can do better. Manufacturing, according to Cook, is not one of those areas.

The Apple TV and Siri were also brought up by both Swisher and Mossberg, with the former apparently becoming more of an important product inside Apple than had previously been thought. With the company rumored to be working on a television, the Apple TV could be seen as Apple dipping its toe into the home entertainment water before jumping in with its own television.

Siri, according to Mossberg, is great when it works. The problem is, it does not always work. Cook responded to the mini-jibe by saying that he believes we will be pleased with what Apple is working on, and a timescale of a few months was mentioned. With iOS 6 expected to reach beta status around WWDC time, could we finally see apps able to take advantage of Siri’s functionality? Cook did suggest that Siri’s scope would widen, which could be a hint at things to come.

Check out the videos embedded below to get a good insight about Apple and CEO Tim Cook:

Of course, Steve Jobs was also referenced on numerous occasions, with Cook saying that he does not see himself as a replacement for the Apple co-founder, instead he will simply try to be a great Apple CEO in his own right.

If the iPhone and iPad keep selling as they are, with Macs also shifting from shelves at a rate of knotts, we suspect Mr Cook is doing OK.