Even though Apple Arcade is officially set to launch for everyone on Thursday, September 19 alongside official release of iOS 13, Apple has today flipped the switch for the service for those already running any pre or final version of iOS 13.0 or 13.1 beta.

For those of you who don’t know, Apple Arcade is a $4.99/month gaming subscription service which is available across iPhone, iPad, iPod touch, Mac and even Apple TV devices. The service includes 100+ titles at launch with no in-app purchases or additional payment required after the monthly $4.99 subscription price for the entire family.

While you can play using on-device controls such as a keyboard, mouse, touchscreen or even an MFi controller, Apple has also added support for PlayStation 4 and Xbox One controllers which you can connect to any of your aforementioned Apple devices to play any of the games included in Apple Arcade service.

Speaking of games, at launch, Apple has made available to download following games as part of the service with more games to be added in the coming weeks and months on a monthly basis.

ATONE: Heart of the Elder Tree by Wildboy Studio
Beyond a Steel Sky by Revolution Software
Box Project by Mediocre Mel
Doomsday Vault by Flightless
Down in Bermuda by Yak & Co
Enter The Construct by Directive Games Limited
Fantasian by Mystwalker
Frogger in Toy Town by Konami
HitchHiker by Versus Evil
Hot Lava by Klei
Kings of the Castle by Frosty Pop
Lego Arthouse by LEGO
Cardpocalypse by Versus Evil
LEGO Brawls by LEGO
Lifelike by Kunabi Brothers
Little Orpheus by The Chinese Room
Monomals by Picomy
No Way Home by SMG Studio
Oceanhorn 2: Knights of the Lost Realm by Cornfox
Overland by Finji
Projection: First Light by Blowfish Studios
Repair by UsTwo Games
Sayonara Wild Hearts by Simogo
Shantae and the Seven Sirens by WayForward
Sneaky Sasquatch by Rac7
Sonic Racing by SEGA
Spidersaurs by WayForward
The Artful Escape by Annapurna Interactive
The Bradwell Conspiracy by Bossa
The Pathless by Giant Squid – Delayed to 2020
UFO on Tape: First Contact by Revolutionary Concepts
Way of the Turtle by Illusion Labs
Where Cards Fall by Builtbysnowman
Will Wright’s Project
Winding Worlds by KO_OP
Yaga by Versus Evil

Announced/Shown during the Keynote or Press Release:

Announced after the Keynote: 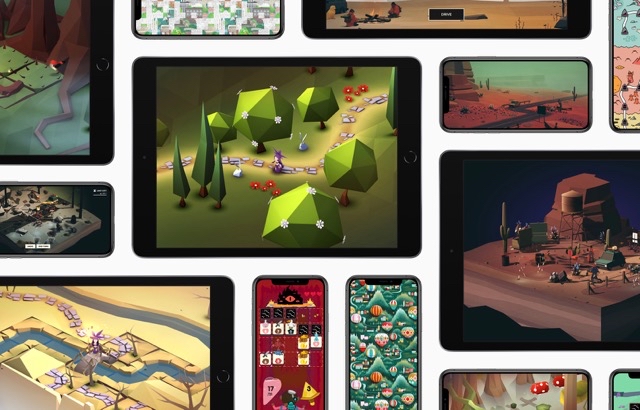 Apple Arcade officially launches alongside iOS 13 this Thursday and will cost $4.99/month for the entire family with a free one month trial also available. 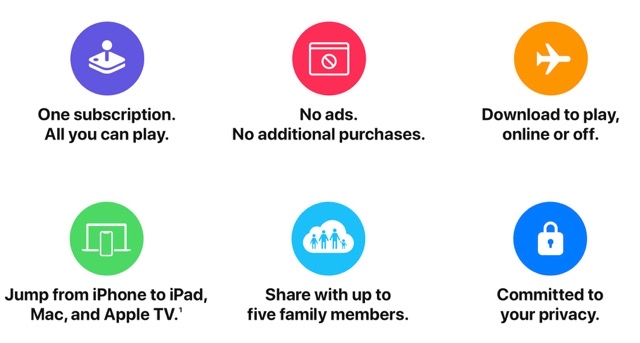