Apple users in China who want to make purchases in the App Store and iTunes Store now have another payment method to choose from after the company began accepting WeChat Pay, a popular mobile payment service in the country.

Apple announced the new support for WeChat Pay via a statement to local press outlets such as China Money Network, with the WeChat Pay mobile payment offering joining existing payment methods for purchases within Apple’s app and music stores. 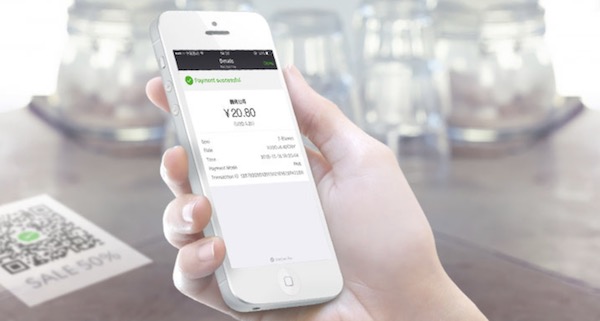 “We are glad to offer users in mainland China the option of WeChat Pay for their favorite mobile app or Apple Music products. We continue to be dedicated to provide multiple simple and convenient payment methods for customers within the Apple ecosystem,” Apple said in an official statement today.

WeChat Pay is an offshoot of the WeChat instant messaging platform and is part of a market which is dominated by Alibaba’s Alipay which accounts for around half of that market. Apple Pay, Apple’s own payment service has struggled to grab a foothold in China following its release in that market in early 2016.

Chinese users are simply not taking to Apple Pay in the same way those around the globe have done so far, with the likes of Alipay and WeChat Pay ensuring Apple’s own built-in solution is unable to compete as the company may have expected. Chine is a huge market for Apple and one that it has taken great pains to capture.

Whether Apple’s new support for WeChat Pay suggests it is beginning to lose faith in Apple Pay in China is unclear at this point, and given the international adoption Apple Pay has received. Apple will surely try to replicate that success in a market that has the potential to be a huge driving force behind its bottom line.