Over a year since the launch of the its latest iPhone offering, Apple has finally acquired domain name iPhone4.com, just days after purchasing WhiteiPhone.com for an undisclosed amount. Both domain names direct to the iPhone 4 product page which interestingly, according to a Retrevo study, one in three people mistake an iPhone 4 for a 4G capable phone. 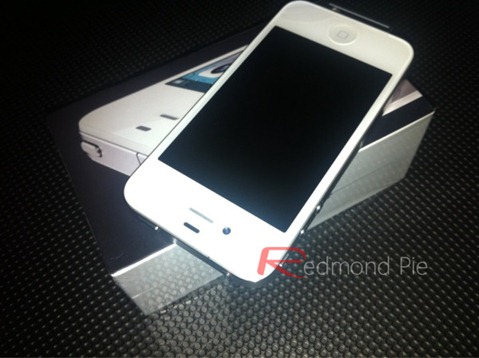 According to a report over at Fusible, The Whois record for iPhone4.com changed two days ago from “Whois Privacy Services” to “Apple Inc”:

The Cupertino company has a habit of being somewhat unpredictable when it comes to (re)gaining valuable domains for some of its products. It’s certainly interesting that Apple has chosen to secure the domain of a product which is nearing the end of its reign as Apple’s flagship smartphone. Registrant records reveal that it doesn’t in fact own iPhone5.com, iPhone6.com, iPhone7.com, iPhone8.com etc. Even more intriguingly, the company hasn’t (yet) decided to acquire iPad.com, despite the tablet being over a year old. In fact, the company doesn’t own a single iPad-related domain. Currently, the owner of iPad.com enjoys a healthy influx of traffic, with in excess of 100,000 visitors in just a short period of time. iBooks was released by Apple as a supplementary app for the iPad, yet Apple also doesn’t own iBook.com, iBooks.com or iBookstore.com or anything of the like.

It would seem like a given that a company of Apple’s stature would secure such domains as quickly as possible. There doesn’t appear to be a correlation between which domains it chooses to purchase, and which it seemingly ignores. It paid reportedly over $1m for iPhone.com from a businessman back in 2007, and owns iPod.com, iMac.com, iWork.com, iTunes.com etc. – but interestingly enough, not MacBook.com.

Squatting on future Apple domains certainly looks like a good bit of business, and with Apple’s inability to secure domains quickly enough, there could be many future opportunities for people with a little initiative to make themselves instant millionaires courtesy of Jobs & Co.