The rumor and speculation with regards to the future direction of Apple TV has been somewhat quiet recently, but James Kisner, analyst at Jefferies & Co., has reignited the debate by suggesting the release of a new device is imminent. Citing "discussions with industry contacts," Kisner believes a new Apple TV is just around the corner, with “at least one major N. American MSO” currently trying to ascertain how much network space it would need to free up in order to accommodate the new product.

Earlier this year – and for much of 2011 – the talk of Apple’s own connected TV endeavor was rife, and with quotes from Steve Jobs himself indicating TV was one of the three areas he’d "cracked" (along with textbooks and photography), the tech world got itself in a bit of a frenzy about the prospect of a true Apple TV. While Apple does have its own TV-based device on sale at the moment, the little black box, described once by CEO Tim Cook as a "hobby," is a far cry from what Apple is supposedly plotting, and although there’s no physical evidence at this point, Kisner’s claims will certainly arouse those connected HDTV rumors again. 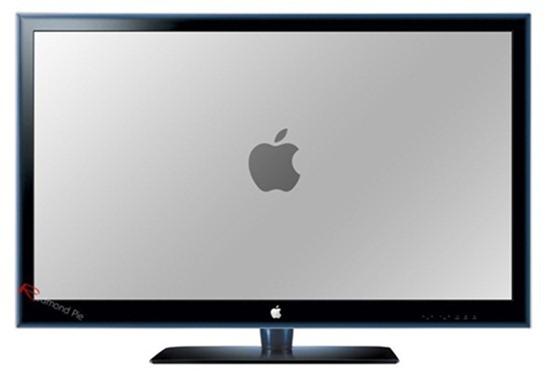 Kisner’s fellow Jefferies analyst Peter Misek has frequently sounded off about where Apple may or may not go with Apple TV, and has often stated Apple would be releasing its own HDTV at some point. At this point, Misek expects Apple TV still to shift 4.9 million units in CY13 and 11.6 million units in CY14, and since these figures are based on a "real" HDTV set rather than the current $99 offering, it’s fair to say Jefferies & Co. are collectively confident Apple’s next big venture is to conquer the TV market.

With several rumors like this having come and gone in the past, we’re certainly proceeding with a degree of caution, as it can be rather easy to get caught in the hysteria. Then again, with a new iPad, iPod touch, and a bunch of significant design and hardware changes to the Mac range, Apple appears to have a pretty clear diary, and although iOS Maps will still need a degree of attention, it’s not beyond the realms of possibility that Apple could introduce its own brand of TV in the near future.

Considering how much a Thunderbolt display costs, though, I shudder to think how much 42-inch+ HDTV from Apple would cost.