Facebook has today released relatively major updates to its two biggest mobile apps, with iOS and Android users being treated to a bevy of new features and fixes.

Facebook’s iOS and Android apps have come in for some criticism over the years, with the iOS variation in particular being a real bone of contention for many. Facebook has realized the error of its ways of late though, with a new, blisteringly fast and entirely native app being released not too long ago. Today both that app and its Android brethren have seen a new update that adds new features aimed at making our Facebook lives that little bit easier than they were yesterday.

Possibly the most used of these new features is the Share button. Already there on the web, including the mobile version of Facebook.com, the Share Button lets users quickly and more importantly, easily, share posts for their friends to see, just with the press of a button. They can add some value themselves by adding a comment, or just share the original post as-is. Either way, the whole thing appears in the user’s timeline for all to see. Think Twitter’s retweet button, and you won’t be too far off. 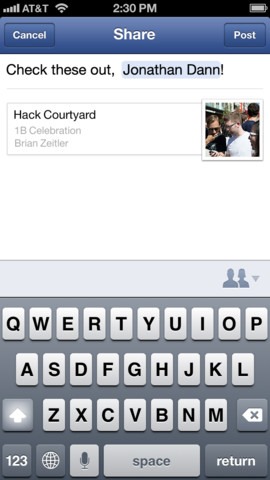 Another much asked-for feature adds improvements to the tagging of photos and people, with iOS in particular receiving a hefty update here. Users can tag their friends in any photo, and that goes for posts and comments, too. Android also gets improved photo tagging.

Beyond that, there’s the new ability to use Emoji icons in Facebook messages (in iOS) and various bug fixes too. All in all, Facebook is clearly focusing on the mobile world, which is a refreshing change for those of us who have made do with the poor apps of the past. 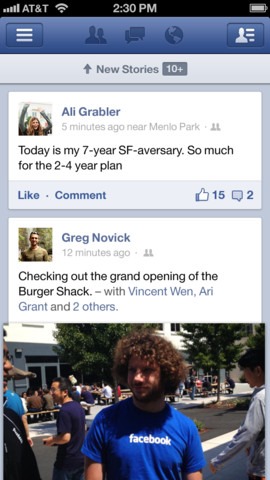 After being less than fans of Facebook’s mobile apps, we now find ourselves looking forward to app updates just to see what the company has done this time around. That’s quite a swing for a company that appears to know that mobile is where its future lies, whether it wants it to, or not.

(Source: Facebook for iOS and Android on App Store and Play Store)