Anemone has finally been updated to add “preliminary” compatibility and support for yalu102 iOS 10 to iOS 10.2 jailbreak.

The update to the popular theming engine for jailbroken iOS devices takes the package to version 2.1.1-8, which is now live on Cydia and installable by anyone looking to theme and customize their iOS 10.2-running jailbroken iPhone, iPad or iPod touch device. 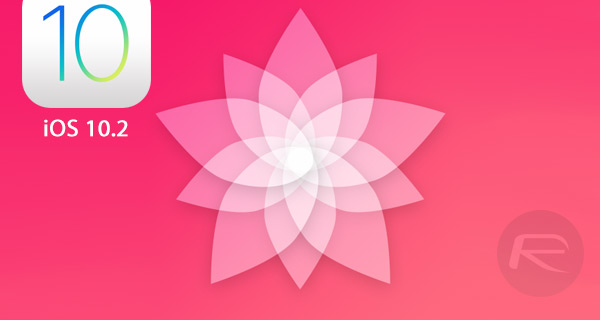 For those who don’t know, when it comes to theming, Anemone is a relatively new player in town designed to compete with WinterBoard, which has long been considered as the de-facto installation for those looking to inject a little personality into their liberated iPhone, iPad, or iPod touch device. WinterBoard was powerful, and fit for purpose for a long time, but since then, Anemone has come along nicely and filled the gaps where WinterBoard was lacking.

Anemone offers a modern, more stable, responsive and enjoyable theming experience to users who believe that device personalization is about more than just changing a few icons, and is now a preferred choice when it comes to theming for most jailbroken iPhone and iPad users.

One of the fears with this modern world of jailbreaking, and the ever-increasing complexities involved in it, is that developers will simply choose to abandon their packages as it becomes more and more difficult to support newer versions of iOS. Of course, the availability of a new jailbreak would simply be no good if the packages, extensions, and tweaks that the majority of us rely on and use were left untouched with no compatibility for Apple’s latest version of iOS. 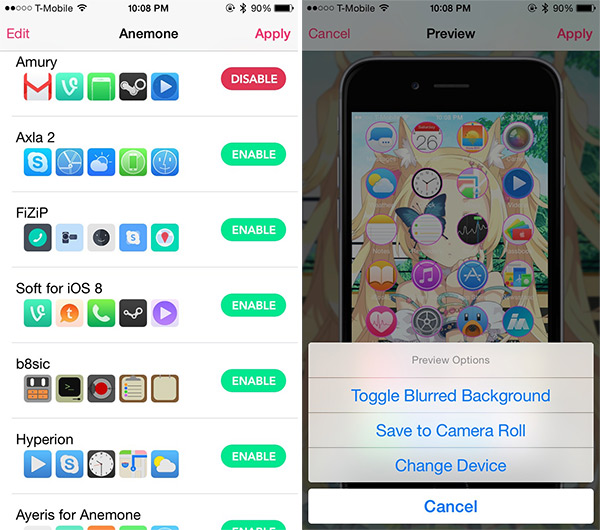 Thankfully, this isn’t the case with Anemone, even though this version is just the beginning of the full iOS 10.2 support which will be rolled out down the road. The developer behind the package has also stipulated that iOS 10 users will need to have RocketBootstrap 1.0.5 or higher installed for Anemone to work.

Also important to note is that Anemone on iOS 10 works with yalu102 jailbroken devices only. It doesn’t officially support devices jailbroken with Mach_Portal+Yalu jailbreak on iOS 10.1.1.

iPhone, iPad, and iPod touch users who are already familiar with previous versions of Anemone can still expect to have the same experience, with the same functionality offered. As a more reliable, stable alternative to WinterBoard, even this latest version of Anemone supports theming folder icons, applying masks, overlays and shadows to icons, changing interface colors across the platform, and even amending icon labels and tweaking custom blur settings, among many other things.

Anemone 2.1.1-8 update with preliminary support for iOS 10.2 is available right now via BigBoss repository on Cydia.