Of all the recognized companies in the smartphone game, Samsung is the most active in terms of devices released, and as well as a large inventory of mid and low-end handsets, it offers two flagships in the form of the Galaxy S and Galaxy Note ranges. It’s a fair assessment to make that both series have become a little stale, with both the S4 and Note 3 seeming very similar to their respective predecessors, and this point has been underlined with sales of each falling below the company’s high expectations. This places a little extra importance on next year’s major releases from the South Korean outfit, and we may just have an insight into the Galaxy S5 thanks to a leaked metal frame purporting to be a legitimate component of the forthcoming device.

The frame arrives courtesy of notorious leaker Nowhereelse.fr, a French blog with a rich history in getting hold of products and parts before during the very early stages.

One reason, perhaps, why the Galaxy S4 has not sold in the vast numbers Samsung might have hoped, is cited by many to be the cheap, plastic body. Many other companies competed with the Galaxy S / S2 / S3 in terms of hardware, but most of these rivaling handsets also sported a fairly underwhelming finish. This all changed earlier on in the year with the HTC One, a handset with an uber-sharp display, quad-core Snapdragon processor and, notably, a slick aluminum finish. Many Samsung fans have been crying out for the high-end handset to be afforded an equally high quality finish, and this metal frame suggests this could finally be the case with the S5. 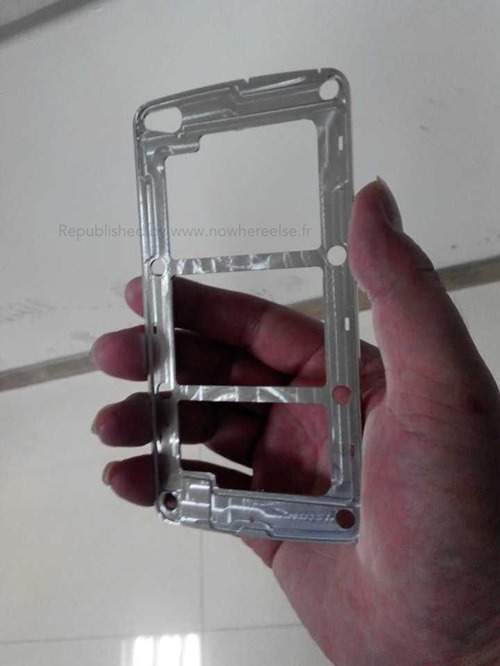 Of course, this leak cannot be verified, and it’s also very much possible that the rest of the device could be comprised of plastic, but for those hoping Samsung comes through with something vastly different from the S 4, this should be taken as an encouraging sign. 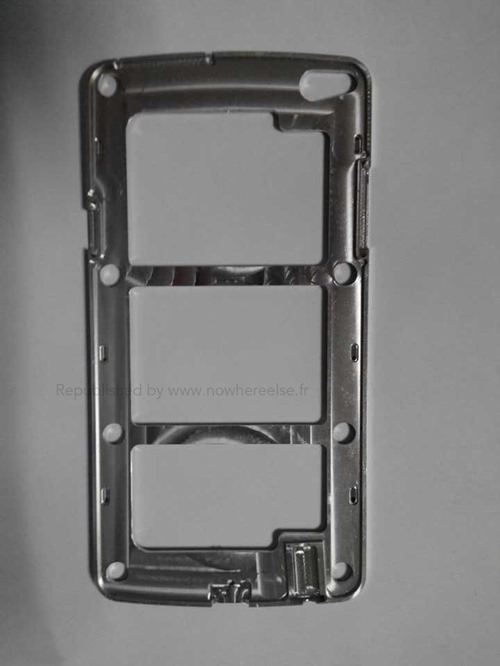 Nowhereelse.fr’s sources claim Samsung will be bringing an aluminum smartphone in the future, and with the HTC One and iPhone 5s both the subject of much acclaim from design experts and fans in general, it will be interesting to see whether the South Korean company does feel like breaking a habit of a lifetime. 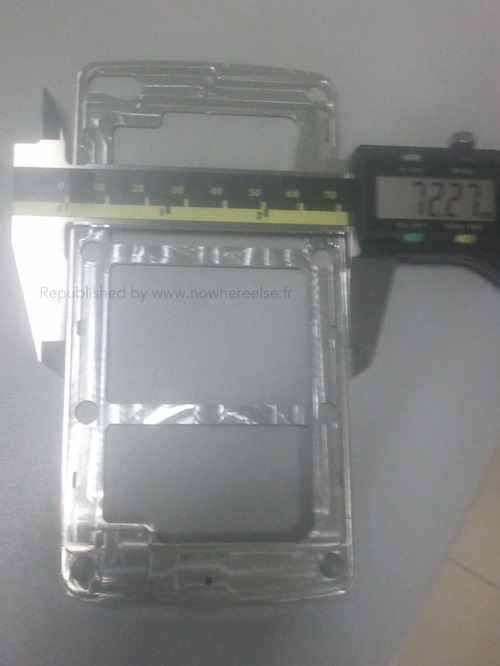 The frame also points to a slightly larger display than that of the S4, but we’d expect this to be the case anyway. We’ve also been hearing that Samsung plans to really push the envelope with regards to the cameras of both the Note 4 and Galaxy S5, and we certainly cannot wait to hear more about these two eagerly-awaited handsets.