Galaxy S5 And Galaxy Note 4 Will Feature A ‘Killer’ 16-Megapixel Camera, According To Samsung

The Galaxy S and Galaxy Note line of smartphone / phablet have both been very successful for Samsung, but while they are both a couple of the mobile industry’s most powerful devices, neither of their cameras are particularly awe-inspiring. The Korean company, it has been reported, will looking to atone for this issue with next year’s flagships, and just this week during its analyst day, Samsung confirmed that the cameras of the Galaxy S5 and Galaxy Note 4 will be significantly improved.

Of course, cameras tend to improve with every new generation of smartphone, but this time around, Samsung really means business. The cameras of the S5 and Note 4 will not be your typical, incremental improvements – Samsung is looking to take things up a couple of notches with new shooters that will, quite literally, blow minds.

The improved camera will take the form of a new 16-megapixel module, and will, according to several reports, include specialized ISOCELL technology for better low-light performance and color reproduction. Many smartphone vendors have been looking to bump up the effectiveness of their cameras when natural light is not available, with Apple’s iPhone 5s featuring True Tone dual-LED flash for this very purpose.

The Galaxy line of smartphone, particularly the Galaxy S flagship range, seems to have lost a bit of its zest, and as such, we’ve heard rumors of Samsung hurriedly preparing a Galaxy S5 for release early on next year. To be honest, the S4, as well as the Note 3, have both felt very similar to their respective predecessors, and it’s no surprise to hear that Samsung is pulling out all of the stops to ensure the likes of HTC, LG and Google don’t creep up on what have been a couple of Android’s premier handsets over the past couple of years. 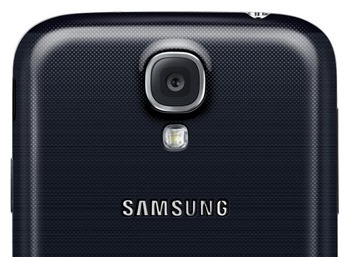 There are plenty of ways in which both devices could be improved next time around, but the camera would definitely be a good place for Samsung to start. Perhaps the shoddy sales this year will force the company into some kind of action, and I, for one, cannot wait to see the fruits of a Samsung backlash.

Do you think the S 4 and Note 3 could do with vastly improved cameras?