Uber has today launched its UberExec luxury taxi services in the United Kingdom, with Londoners now able to book their executive-style journeys around the capital with the company’s service. With a range of prices depending on which specific kind of vehicle you prefer of the three-tiered Uber service, there are plenty of choices available, and with prices actually fairly reasonable, you can travel around the historic city in true style.

If you’ve ever been around London in a taxi, you’ll be more than aware of how expensive a gig it can be, and one thing I do quite like about the UberExec service is that the price is significantly lower for miles clocked under 11mph. London is a very busy city with many millions of cars on the road, and for the most part, those driving around – particularly during peak hours – will be doing so at snail’s pace. Luckily, prices from Uber at miles sub 11mph are less than one fifth than if you’re travelling at an acceptable speed, so if you wind up late due to the business of the roads, you won’t be left too out of pocket. 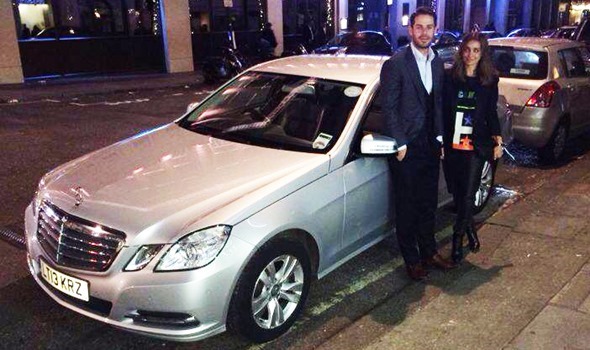 The three different levels of Uber taxi take the form of the UberX, the UberExec and the UberLUX, the latter of which is, as you’d imagine, the best and most expensive. The base fare (i.e., the price you pay for simply sitting in an Uber car) is at £3 for the basic UberX, £4 for the UberExec, and runs up to £5 for the UberLUX.

Both the base-level UberX and higher-end UberLUX have been around in London for a while now, but for those looking for something a little bit more, shall we say, business class, UberExec provides this kind of service without being too swanky. 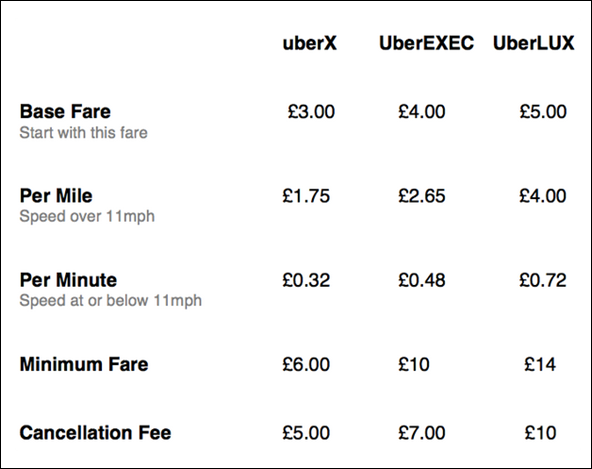 It’s aimed towards busy, city types who wish to navigate around the town in something comfortable, and with a minimum fare of just £10 for those short journeys, it’s actually not as much of a drain on the pocket as some would expect.

Interested parties can readily book any of Uber’s services directly from the official app, which can be found over at the App Store as well as Google Play.