The coveted AllCast app from renowned developer, Koushik Dutta has finally landed on the iOS platform after a lengthy waiting period. Not just limited to Android, iPhone and iPad users can now use the media-streaming app in all its might. More on this news, including the download link to the app itself can be found right after the jump.

Unaware of what AllCast would mean for your iPhone or iPad? This brilliant piece of software allows users to beam photos, videos, music, and pretty much any multimedia content you can think of straight from your mobile device to any set-top box, such as Apple TV, Fire TV, Roku, Xbox and a bunch of Smart TVs as well. 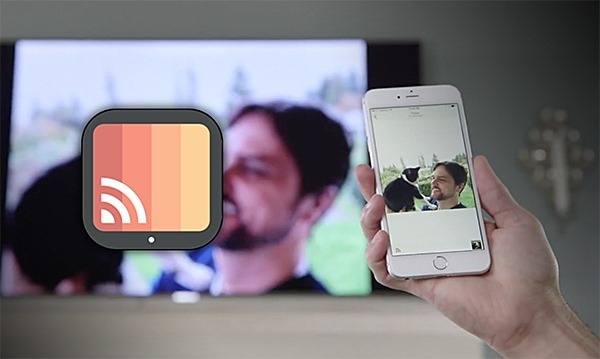 Using DLNA to stream the content, AllCast is no rocket science to configure, with users simply requiring to connect with compatible devices linked to the same Wi-Fi network as their iPhone or iPad.

The complete list of supported devices, as per the app’s description, are as follows:

Not too long ago AllCast for Android ran into some legal trouble with Google which saw the search engine giant remove the app from the Play Store, but later the title was restored. The road to iOS wasn’t all that speedy either, and almost four months back Koush leaked photos of AllCast running on iOS 8, teasing us with screenshots which reaffirmed the beliefs of interested users that the app will be arriving on their iPhones and iPads soon enough. 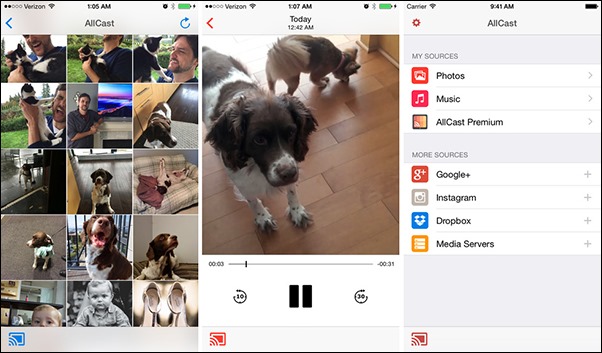 In October the app made it to the beta stage for iOS, but was naturally available to testers running iOS 8 only. So now that AllCast has hit iOS, what does this mean for Apple’s AirPlay, which unlike AllCast, can also mirror your Mac or iOS device’s screen onto an HDTV?

Let us know what you think, in the comments section below. Meanwhile, you can also grab AllCast from the link which we’ve embedded below as well, and it’s absolutely free.