When looking for a new case to protect your smartphone – no matter what brand or model you may have – you’re not going to be short of options. There are literally thousands of companies looking to entice you with their covers, cases and shells, and some are more bespoke and intriguing than others. Case in point, pun intended, is an eye-opening flip-out case that lets you flap your device around like a Balisong knife, nuchaku, or similar piece of weaponry, and for a price point that most can agree with, it’s a novel piece that won’t break the bank.

Now, I know what you’re thinking: why would anybody buy a case that, despite serving as a shield from the elements, features a contraption that actually leaves you more prone to serious damage? If we could answer that question definitively, we would, but let’s just say that while The Trick Cover, as it’s known, isn’t for those who treat their handsets like they would their own child, it does cater to those overgrown, overage kids that wish to free their inner Ninja Turtle. 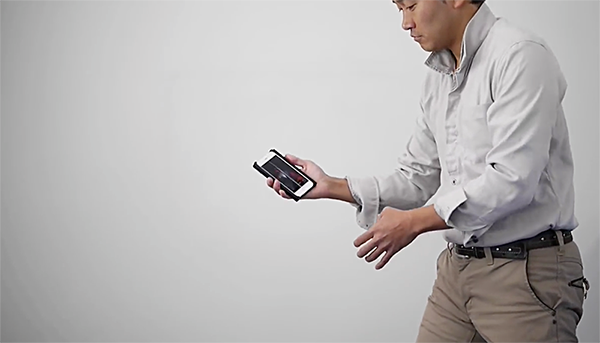 For 30 bucks, you can go around flipping your device as you wish, but whilst there’s a sizeable dose of “cool factor,” it’s offset, if not exceeded by that glaring, “only an idiot would buy this product” factor. In fact, it’s perhaps the first case we’ve featured here that could probably do more harm than good, but although every fiber of our being tells us that it’s an outright bad idea, there’s something quite mesmerizing about watching a device flip around so precariously.

Personally, I use my smartphone to pass time on an hourly basis, whether it’s to check emails or simply rotate the handset to keep my thumbs busy. I reckon buying The Trick Cover would be, for me, a hazard to myself, to others, and easily most importantly, my device – despite how tempted I am to pick one up.

The video demo of the case in action can be found below, and if you think you’ve got a steady enough hand to flip your device around like some kind of circus act, then be sure to pick up a unit from: nitto.ocnk.net