The Clock app which comes bundled with iOS has quite a few functions, but is used primarily by iPhone, iPad and iPod touch users for its ability to set reliable alarms. Of all the areas of Apple’s revered mobile operating system, it’s one that doesn’t require a great deal of attention in upcoming revisions since it – barring one or two hiccups – does exactly what is required of it. But the jailbreak community is not known for settling, and developer GSquared has created a tweak by the name of AlarmDisplay Pro which uses your Clock app’s icon badge to present alarm information at a quick glance.

Far from being a one-dimensional tweak only showing the time of one alarm, it’s actually very versatile. You can opt to show your next alarm (which will automatically shift to the next time once the first alarm has expired), or the total number of alarms you have – on or off. If you’re one of those in constant self-battle of a morning (i.e., setting several alarms just minutes apart), you can also set the icon badge to show the total number of alarms you have running and scheduled to buzz – useful if you want a reminder of how much snoozing you can get away with. 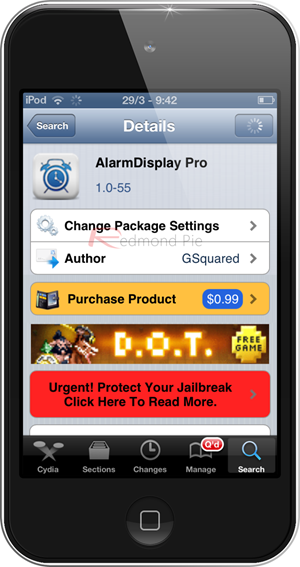 If you like, you can also flit between the 24-hour and 12-hour clocks, but since there are no PM or AM denotations, I prefer the simplicity of the former. Of course, if you life an an organized, cyclic manner, then the alarm system will probably be second nature to you by now. But even if you’re just looking to add a nifty little quirk to your home screen, AlarmDisplay Pro delivers quite well. 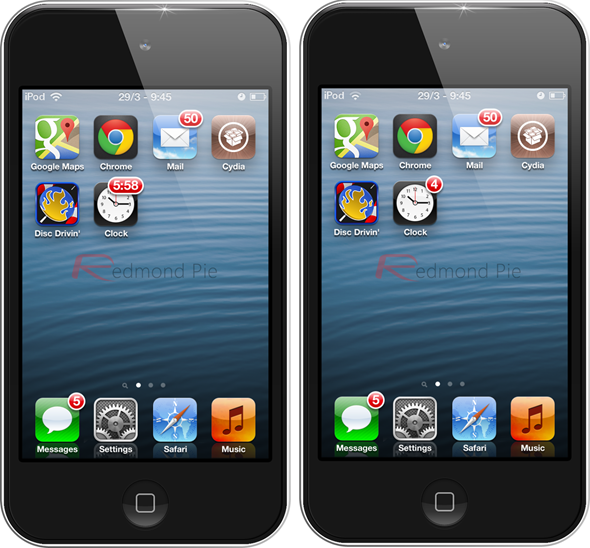 Furthermore, you can also assign Activator gestures to set up alarms, which is great if you’re into the habit of toying with your alarm clock on or off.

This isn’t the first time we’ve seen the icon badges put to better use than merely tallying notifications. Fahrenheit, a weather app for iOS, uses the badges to display temperature at a glance, and it would certainly be nice to see more tweaks and apps utilizing the app icon badges in this manner.

AlarmDisplay Pro will set you back a miserly 99 cents over at the BigBoss repository, and is well worth paying for if you’re constantly juggling alarms.