Although Sony’s unannounced Honami smartphone is rumored to offer 4K recording, prominent computer manufacturer Acer has come through and confirmed a handset offering the capture of ultra-HD video. Named the Liquid S2, the device is set to be fully unveiled at this year’s IFA trade show in Berlin, but with 4K video recording and a Snapdragon 800 processor from Qualcomm, we’re already pretty excited about it.

Often, it takes one or a series of devices to push a new technology from its early stages into the mainstream, and with both next-gen consoles offering varying levels of support for 4K, it’s only natural that mobile devices should follow suit.

As well as the Sony Honami, Samsung is, as you’d expect, also looking to corner this area of the market with its own rumored Galaxy Note 3, but both will be attempting to compete with the impressive hardware specs of the Liquid S2.

Alongside the Qualcomm Snapdragon 800 SoC, the device will also pack 2GB of RAM and 16GB of on-board memory. Those purchasing the Liquid S2 will also be treated to a sizable 6-inch IPS display (yes, it’s the full 1080p resolution), and with a 3300mAh battery, it should remain alive and kicking for a full productive day.

Unfortunately, there’ll not be the latest and greatest Android 4.3, but with Jelly Bean 4.2.2 out of the box, you’ll still get a fairly recent, very competent Android experience.

On the camera side of things, there’s a 2-megapixel front-facing snapper, which is ideal when taking those selfies for Instagram. Additionally, the front camera can handle 1080p video, and while it’s not much when compared with the 4K capabilities of its counterpart, it’s still in-keeping with the front cameras of other such devices. 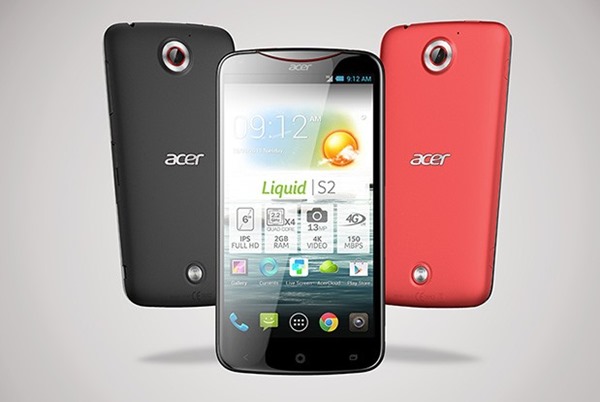 The Liquid S2 is the latest in an increasingly long line of phablet devices offering extremely large displays and hefty specs to match. It will go head-to-head with the likes of the Galaxy Note 3, which will also be unveiled fully in the coming days.

We’ll be keeping a close eye on all the upcoming announcements, while also keeping you up-to-date on the big revelations at this year’s IFA show, so stay tuned to our coverage here at Redmond Pie!