Regardless of whether it is current CEO Tim Cook, or the late Steve Jobs, whenever Apple take to the stage in front of the media they never miss an opportunity to tell us how many iOS devices are currently in circulation. After all, it isn’t really a secret that we all love a few facts, figures and statistics being thrown at us.

The Chronic Dev Team, makers of the Absinthe jailbreak tool, have wasted no time in telling the world just how popular the latest 2.0 version of Absinthe has been with jailbreakers. The most prominent members of the Chronic Dev Team took to the stage in Amsterdam on Friday to give a two hour presentation about the exploits used in their previous iOS 5.0.1 untether. It had been widely speculated that the public would be introduced to the second major release of Absinthe at the HITBSecConf in Amsterdam, something that was confirmed with an announcement of ‘one more thing’. 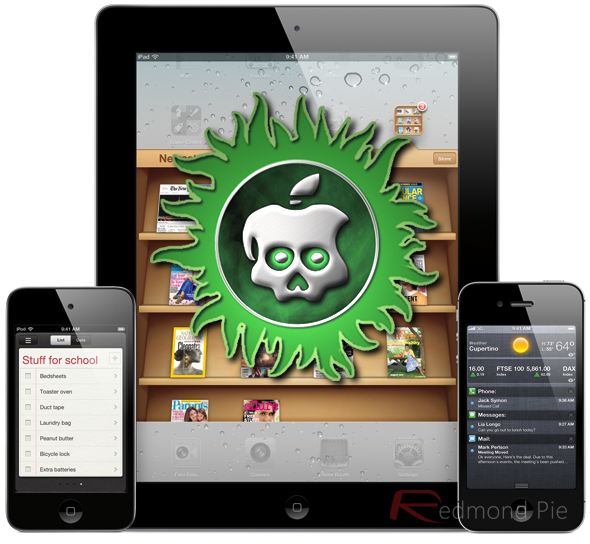 With Absinthe 2.0 being made available for immediate public download and version 2.0.2 being pushed out to bring iPhone 4 9B208 build compatibility, the jailbreak 5.1.1 tool has been available for a couple of days and thanks to the Chronic Dev Team’s Twitter account, we now know it has racked up some fairly impressive downloads and usage statistics. One of the largest appeal factors to Absinthe 2.0 is that it is the first tool made available to give a functioning jailbreak on the current generation iPad 3. With that in mind, the tool has been used to jailbreak 211,401 new iPads, truly an impressive number.

Absinthe 2.0 provides the ability to jailbreak pretty much all iOS devices capable of running iOS 5.1.1, with the exception of the third-generation Apple TV, one of the other major reasons why it is proving to be so popular. In total, 973,086 devices have been newly jailbroken spanning across the iPhone, iPod touch, iPad and Apple TV range of Apple devices.

With the total number of devices being jailbroken with Absinthe rising all the time, that number should breach the one million mark in no time and shows that jailbreaking remains as popular as ever. That notion is something that has been mirrored by the official Cydia repositories with the BigBoss repo owner claiming that his repo was transferring a staggering 1 gigabit of data per second across ten servers since the release of Absinthe.