4K UHD Blu-ray Torrents May Now Be Possible As AACS 2.0 Encryption Has Been Cracked

Earlier today, a copy of The Smurfs 2 UHD Blu-ray disc popped up online, possibly suggesting that the AACS 2.0 encryption technology used to protect current Blu-ray discs has been bypassed for the first time.

The torrent, available via the UltraHDclub torrent tracker, would represent the first time a UHD movie has been ripped from a UHD Blu-ray disc and dumped online, according to a report by TorrentFreak. 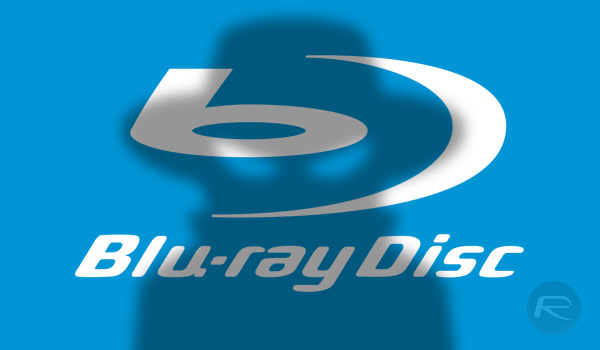 You do not need to be a budding pirate to know that there are numerous places online that cater to those who want to get their hands on media that has been posted in such a way, and while HD content has been available for a long time now, UHD movies have been harder to come by. That is because the UHD content available needs to come from online streaming sources as UHD Blu-ray discs cannot be decrypted, or at least they couldn’t.

If this appearance of The Smurfs 2 is indeed real, then something has changed.

The appearance of a torrent that claims to house a Blu-ray copy of The Smurfs 2 film would at least suggest that the AACS 2.0 encryption may have been cracked but until we are told definitively that this is the case, we reserve judgement. What we do know is that UltraHDclub is seemingly very pleased with the release, claiming that it has the “First Ultra HD Blu-ray Disc in the NET!” 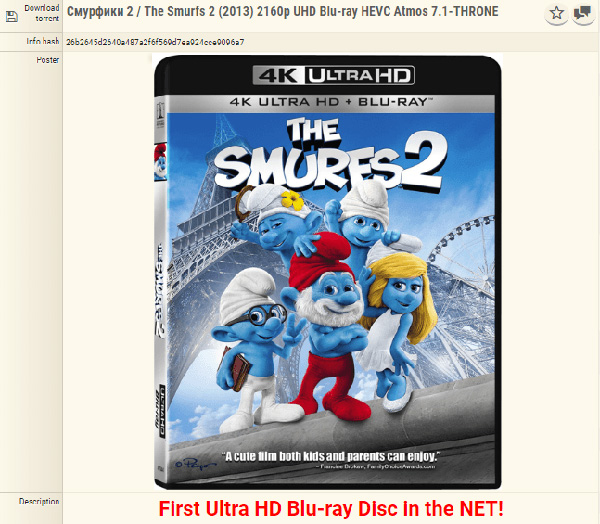 Downloaders will need to wait for the 53.30 GB disc to be fully seeded before they can download it though, and due to the sheer size of it, that is not happening quickly. As time ticks on, however, and the release becomes more (in)famous, you can expect that situation to change. If this release is what it claims to be though, filmmakers may be in for a battle against a boom in torrented UHD movies spread out across the web.