No matter how much easier jailbreaking of iPhones gets, there is always something that muddies the water. When it comes to jailbreaking iOS 10.1.1 on iPhone 7 and iPhone 7 Plus handsets, the tool of choice is Mach_Portal + Yalu jailbreak, but since its initial releases in beta form by developer Luca Todesco, it has languished, with some bugs simply going untouched and causing problems for those who used it.

That’s never good news, and it is certainly not a good place to be if you jailbroke but then experienced problems as a result. If you fall into this camp, a new jailbreak package may have your back.

Called Yalu1011 Fix, it is a Cydia package that can be installed on iPhone 7 and iPhone 7 Plus phones which are jailbroken on iOS 10.1.1 by Mach_Portal + Yalu jailbreak. It aims to rectify some of the issues jailbreakers experienced as part of that jailbreak, and it is available for free to anyone who wants to use it. Furthermore, the package has had its source code made available as well, so anyone who wants to build on it can do exactly that.

Of course, as good as all this sounds we do have to remind you that this is a package that is going to fiddle with your jailbreak and the operating system that your iPhone runs on. If you are cool with that, then have at it, but if you are the suspicious type then this may be one to skip for the time being. 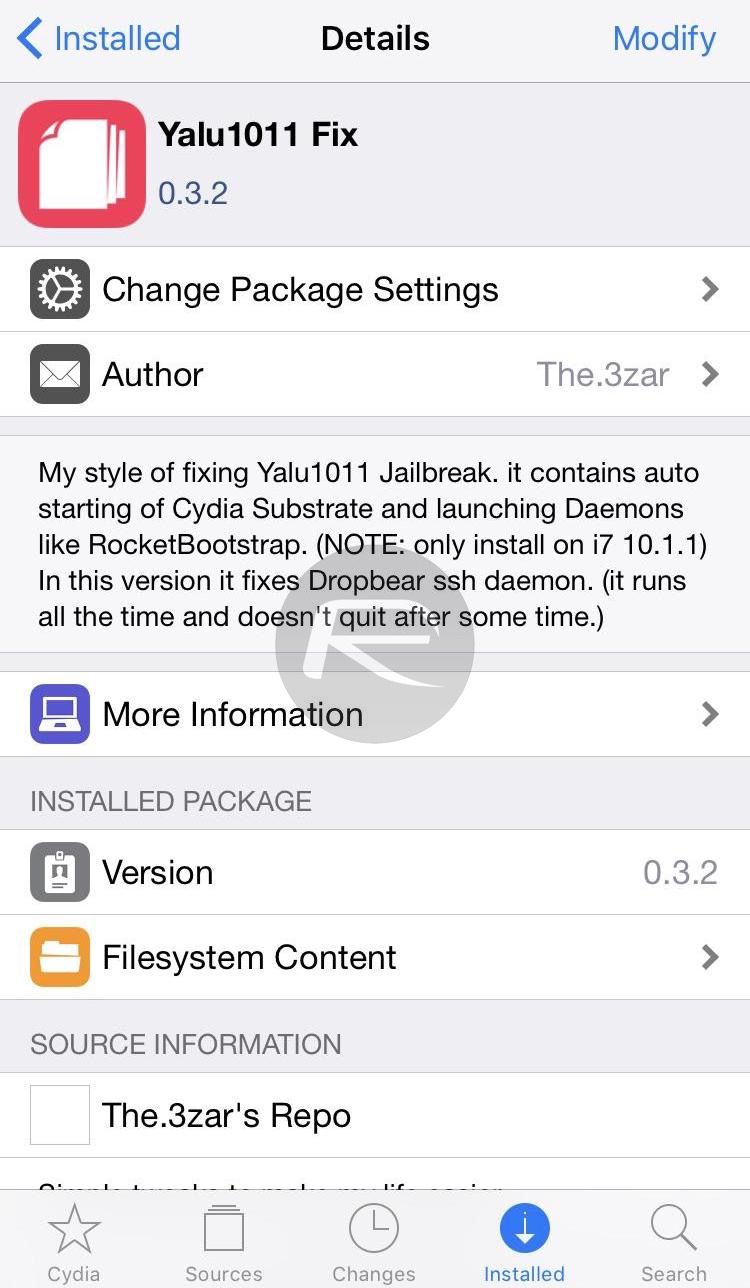 My style of fixing Yalu1011 jailbreak. It contains auto starting of Cydia Substrate and launching Daemons like RocketBootstrap. (NOTE: only install on i7 10.1.1). In this version it fixes Dropbear ssh daemons. (it runs all the time and doesn’t quit after some time.)

That being said though, with the developer of Yalu1011 Fix making the package’s source code available to everyone at mahyarrezghi.ir/repo/yalu1011fix.zip, we doubt there is anything untoward going on in there. That doesn’t mean the package is going to work perfectly and doesn’t cause any other issues, though!

Anyone who wants to install this fix can add mahyarrezghi.ir/repo to Cydia and download the package from there. Remember though folks, install at your own risk!