How To Get Chameleon Run For iOS Free Right Now

The popular and highly rated endless runner Chameleon Run has been made free for anyone who uses the Apple Store app on iOS, with Apple comping the game. Apple has offered free apps and games as part of similar Apple Store related deals before, and Chameleon Run is the latest in a line. 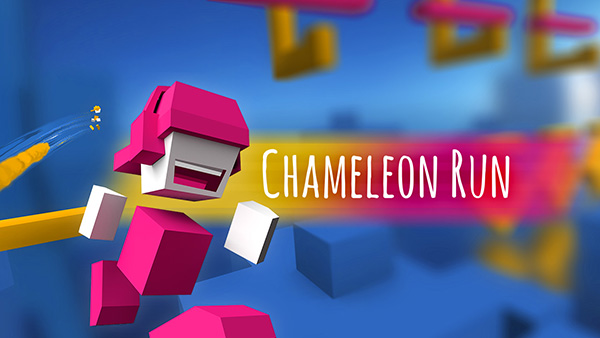 The angle this game has is that gamers must try to avoid their character landing on a panel with a color that does not match the color of that character. It’s a simple mechanic but, as is always the case with these kinds of games, it is one which has the potential to keep gamers engaged for a long, long time. Gamers can also achieve objectives in-game that unlock other abilities, such as increasing speed and the like.

Getting hold of the free game does require jumping through some hoops, though. Prospective gamers need to download and launch the Apple Store app and then scroll down to the “Exclusively for You” area of the Discover screen. Tapping the Chameleon Run panel will reveal a new Download now for free button that also needs to be tapped. 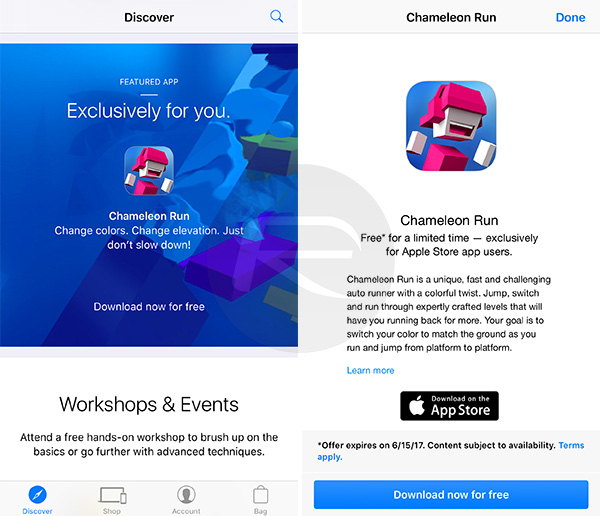 The app will then dole out a code that can be redeemed in the App Store with Chameleon Run downloading for free after that has happened.

Everyone enjoys a free game every now and then, and Chameleon Run is one of the better ones to be offered by this promotion. We suggest downloading it now, before Apple’s offer ends and it is too late.

You have until June 15th, 2017 to get your download code from the Apple Store app.

Looking to get a better sense of the game? Watch the gameplay trailer below.