The greatest strength of Apple and iPhone has always been the availability of over 100,000 apps in the iTunes App Store. No other phone manufacturer has so far been able to match the success that Apple’s App Store has got in its first year alone. There is an app for just about anything one can think off. And so, today, Apple has announced that more than three billion apps have been downloaded from the App Store by iPhone and Pod touch users worldwide. This is what Steve Jobs had to say on the occasion. 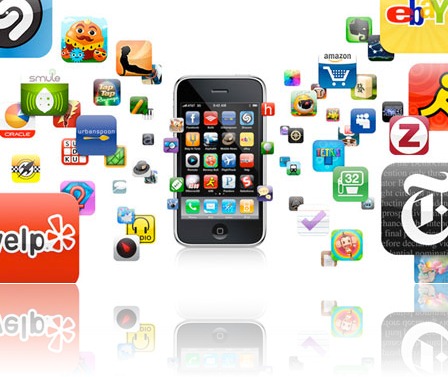 Three billion applications downloaded in less than 18 months – this is like nothing we’ve ever seen before. The revolutionary App Store offers iPhone and iPod touch users an experience unlike anything else available on other mobile devices, and we see no signs of the competition catching up anytime soon.

With over 100,000 apps in its sleeve, Apple, beyond any doubt, has the largest number of Apps in its App Store with 20 different categories, including games, entertainment, utilities, social networking, music, life style, business, news, weather, sports, health, reference and travel to choose from. This inventory of apps gives Apple huge edge over all other major mobile platforms like Android, Windows Mobile and Symbian.

Check out our iPhone Apps Gallery to explore apps for your iPhone or iPod touch.