New iPhone Ads Shows Off Over 75,000 Apps for Just About Anything

Apple has released three new ads promoting its Apps for iPhone. With over 75,000 apps in its sleeve, Apple, beyond any doubt, has the largest number of Apps in its App Store. There is an App for almost anything that you can think off, regardless of gender and age group. Some examples among the all kinds of apps being promoted in these ads are: catching a flight, getting on a train, dinning-in & dinning-out, budgeting your money, investing your money, planning to shop, loving nature, learning a language, finding a movie, finding a place, finding a parking, reading lovers, passing time and even for the small kids learning alphabets. 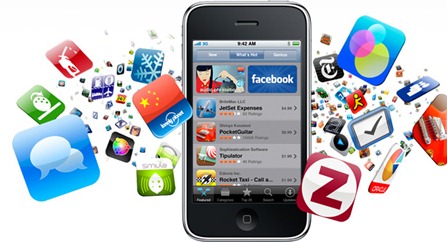 iPhone Apps shown in the new ads are as follows:

The biggest inventory of apps in its store gives Apple huge edge over all other major mobile platforms like Android, Windows Mobile and Symbian.