Sometimes the best tweaks and installations are ones that are either based on, or are continuations of, packages which have previously been popular on earlier jailbroken versions of iOS. One of the latest packages to land on the Cydia store is ZenX; a Home screen and Lock screen extension which has been ported to iOS 10 from an earlier tweak called Zen, which offered the same functionality. 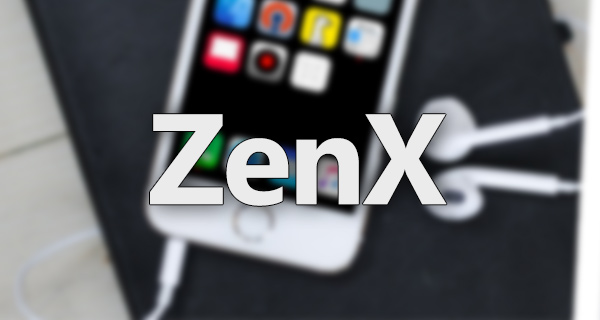 Before we go any further, those who were familiar with the original Zen package will know what this is going to be about, and will likely want to get it onto their device. However, those who look to Cydia for complicated and overly complex solutions which extend the functionality of iOS should probably skip this one by.

ZenX, like it’s parent Zen, is the pure definition of simplicity, and actually exists to make the Home and Lock screens a lot smoother and less complicated and crowded. There are no widgets or additional installations or dependencies which come with this. It’s a simple and lightweight package designed to offer a smooth, clean experience.

Installation of this package on an iOS 10 device will strip the Lock screen right back to its bare bones. There’s no mess or clutter. There’s no information there which isn’t needed. You get a blank dark background which actually looks pretty good if you ask us. You also get the current time and date in the middle of the display. It gives you what you need, when you need it, and doesn’t clutter the display with anything else.

The Home screen experience is similar with the removal of the app icons’ labels, and a new spacing between icons which looks elegant, simple, and utterly beautiful.

ZenX is a free-of-charge package available for immediate download and installation from the ModMyi repository in Cydia. As mentioned earlier, this is a package which is based on the original Zen package released for iPhone 5, iPhone 5s, and iPhone SE on iOS 9.0.2 but has now been ported to work with the latest jailbroken versions of iOS 10 by a new developer who has based the release on the original open-source implementation.

If you were a fan of the original, or have been waiting for something like this to come along, then go grab it right now.