Your Smartphone Could Be Causing More Stress Than It Alleviates [REPORT]

Far from the accepted notion that smartphones make our life easier than we could ever have imagined, new research indicates our dependency on them could be having adverse effects on our health and wellbeing.

Of course, a smartphone can be a wealth of productivity and information – and is marketed as such. Although having e-mail, SMS, voice calls, VoIP, surfing, personal assistants, reminders, social networking, alarms and various other eternally useful utilities at our fingertips is great and all, but at what point does constantly checking them border on the obsessive?

Research carried out by the British Psychological Society suggests that while keeping a candle-lit vigil for that Twitter notification or important SMS, stress levels begin to rise, leaving some experiencing "phantom" vibrations whereby they erroneously feel the device buzzing in their pockets. The study found a direct correlation between stress levels and the number of times participants checked their phones on average – especially in the working environment.

Strangely enough, this isn’t the only way our mobile devices can induce negative health repercussions. In October of last year, it was also revealed avid smartphone and tablet users were suffering from “text neck”, a form of repetitive strain injury which arises from spending copious amounts of time hunched over those cherished devices.

Apparently, the benefits of having a smartphone to stay connected in all areas of life can be outweighed by the pressure to never miss a notification, e-mail or message. Subsequently, this becomes the archetypal vicious cycle, for the more stressed people become, the stronger the compulsion to check the device. 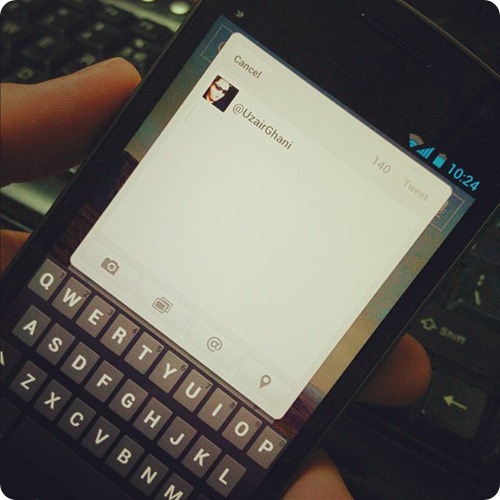 Richard Balding of the University of Worcester – the driving force behind the research, reckoned employers should keep in mind the potential pitfalls brought about with heavy smartphone dependency:

“Smart phone use is increasing at a rapid rate and we are likely to see an associated increase in stress from social networking. Organizations will not flourish if their employees are stressed, irrespective of the source of stress, so it is in their interest to encourage their employees to switch their phones off; cut the number of work emails sent out of hours, and reduce people’s temptation to check their devices.”

What do you think – much ado about nothing, or a real issue in our Digital Age? Leave your thoughts via the usual mediums below!