You Can Now Hail A Self-Driving Uber, If You Live In Pittsburgh

Self-driving cars may once be thought of as a Google thing, but everyone seems to have an autonomous car in the works these days, and taxi firm Uber is no different. Starting today riders in Pittsburgh could find them being driven around by a computer, rather than a human being, and that’s super awesome.

Announced at Uber’s Advanced Technologies Center in Pittsburgh, the program has the support of local government and allows for a small number of self-driving cars to be used on a number of pre-selected roads which Uber has already been able to extensively map out and run tests on to ensure the minimum likelihood of issues occurring. 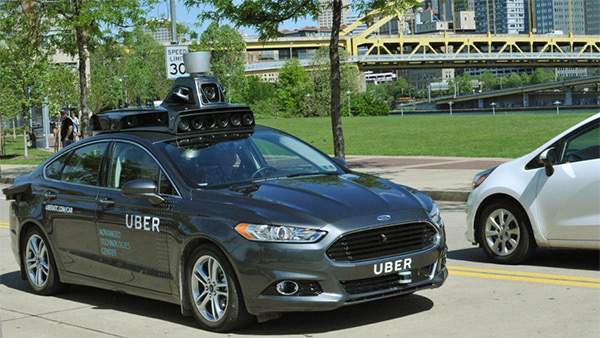 That means that when you order your next UberX in Pittsburgh, you will need to have chosen a destination that is on one of those tested routes in order for an autonomous car to pick you up.

Speaking of which, users ordering an UberX won’t have an option to request a self-driving car, although they will be informed ahead of time that an autonomous vehicle is on its way should they wish to cancel. It’s important to note that while these cars do drive themselves however, there will always be a human sat behind the wheel to ensure that it can’t get itself into too much trouble.

That human also allows for the car to be taken off of the routes both Uber and the local government have agreed upon, which will help when riders require a deviation from those routes.

Anyone who does order an UberX and subsequently takes a ride in the car will not have to pay for their journey, according to Uber, which is just another incentive to give become a technological guinea pig.

Let’s all cross our fingers and hope this doesn’t go horribly wrong.