Apple’s iOS 10 is now live globally for compatible iPhone, iPad and iPod touch hardware. That means that users all over the world are able to start interacting with all of the new features and improvements that Apple has made with what it is calling the biggest update to iOS to-date. Some of those features are fantastic and really make iOS standalone in a league of its own, whereas others are less enjoyable and can be nothing more than a nuisance. 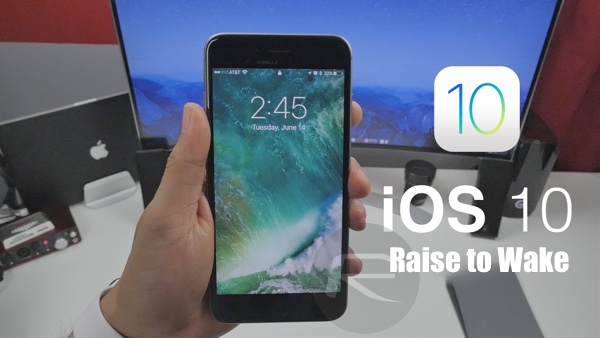 One such feature which has been having quite a bit of shade thrown at it is the brand new Raise to Wake functionality that brings the iPhone display to life without any physical button press required on the user’s behalf. The internal sensors of the device are used to detect when the iPhone has been picked up and raised towards the face, prompting the display to spring into life. It’s designed to make things easier, to put less wear and tear on the Home button, and to also prevent the efficiency of the Touch ID sensor unlocking the device when all the user wants to do is check the time or read a notification.

Thankfully, if it displeases you as a user, it can be disabled for good. Here’s how.

How to disable iOS 10 ‘Raise to Wake’ feature:

Step 1: As with most things on an iOS device that require some kind of configuration, we are going to start our journey from the Settings app. Launch Settings to begin.

Step 2: Now, from within Settings, select the Display & Brightness option that is located in the third section of the grouped table.

Step 3: Once again, in the third section of the Display & Brightness options, you should see a option titled Raise to Wake. This contains a familiar looking iOS toggle switch next to it which on a compatible device is turned on by default, as shown in the screenshot below. Simply toggle this switched to the off position. This will instantly disable the new feature introduced with iOS 10. 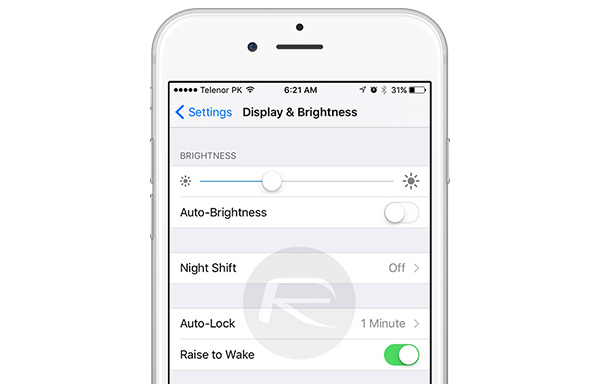 And there you have it. Disabling the new ‘Raise to Wake’ feature that is bundled and turned on by default on iOS 10 is definitely no hard feat to achieve, but it does mean that the functionality is restored back to being more in line with how previous versions of iOS functioned. iPhone owners who have difficulty adjusting to the new way of working can now simply run through the steps above to ensure that the Raise to Wake functionality is no longer bothersome.