YotaPhone Is A Dual-Screen Android Smartphone With An Always-On eInk Display, Launching In December [VIDEO]

It’s hard to keep track of how many insanely powerful smartphones exist in today’s market. Apple’s iPhone and Samsung’s Galaxy range of hardware seem to gain most of the attention, and let’s be honest here, it is rather difficult to find a better all-round alternative to those beasts. But what do you do if you’re the type of person who doesn’t like to follow the pack or jump on popular bandwagons? Do you boycott a mobile device altogether, stick with an old-school feature phone or opt for something totally unique? The Russians over at Yota Devices would like you to opt for the latter and get involved with a device the likes of which we’ve never seen before.

We’ve actually been hearing about the YotaPhone for quite some time. The idea behind the device and what the company is trying to achieve is no secret. While many of the popular mainstream manufacturers have been busy regurgitating the same handset with minimal feature enhancements, Yota Devices have been working on designing and developing a dual-screen beast that borders on the schizophrenic. At initial glance the YotaPhone looks like any traditional candy bar style device with an LCD screen, but on the reverse it all gets a little bit insane with a gorgeous eInk display. 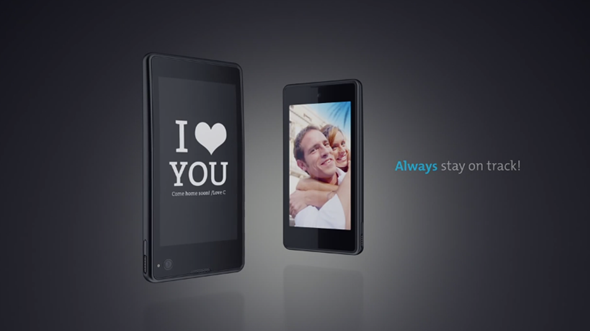 The Russia based company has been flaunting the exciting little handset in front of our faces for quite some time. A number of lucky technology enthusiasts have also managed to catch a glimpse of the hardware in action at trade shows like CES and MWC over the last twelve months. However, the unknown has always been when, and if, the intriguing YotaPhone would make it to the market. After agreeing a manufacturing deal with Singapore based Hi-P, Yota Devices has now announced an international launch of the YotaPhone for December – just in time for the fat man to leave it under our trees. 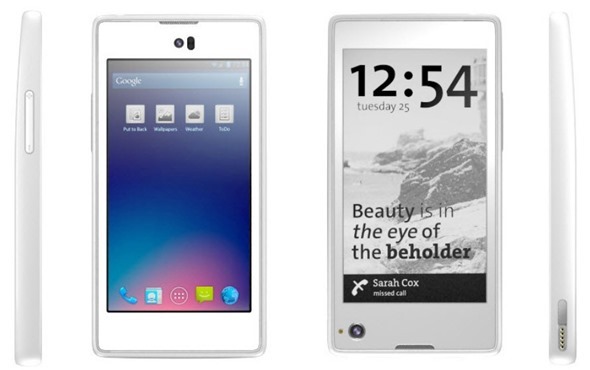 The version of the hardware that will ship in December will feature a dual-core 1.7GHz processor with 2GB of RAM. The 4.3-inch display will offer 720p visuals and the device will gain it’s standby time from a 1800mAh internal battery pack. There’s been no official word on how much the YotaPhone will cost when it lands next month but it’s likely to be the dual-screen offering that appeals to consumers rather than its technical specification.